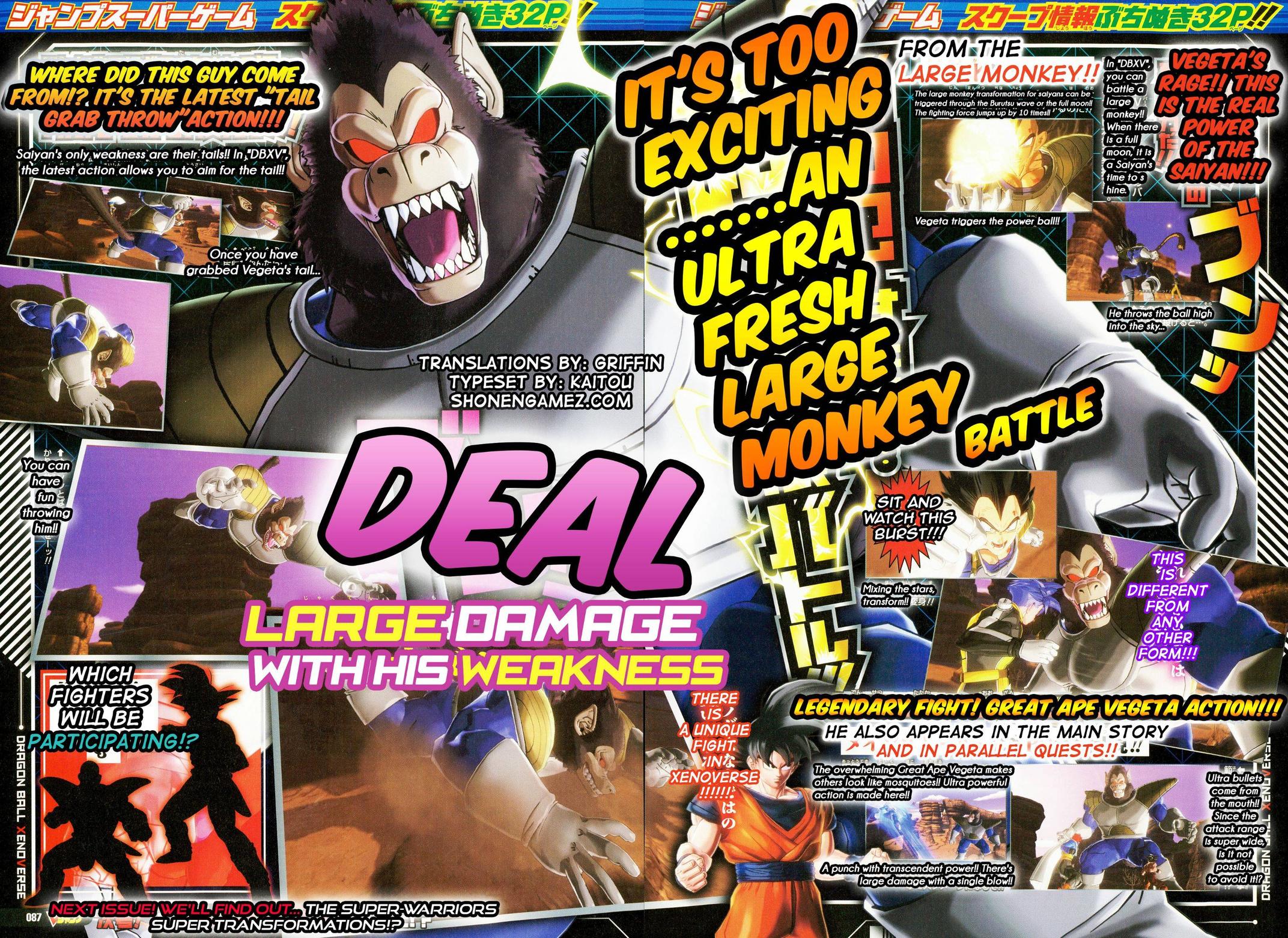 It’s around the 20th of the month which means more anime gaming news from popular Japanese magazine V-Jump. This month for Dragon Ball: Xenoverse, Bandai Namco have revealed that Great Ape Vegeta will appear as a boss fight in the game both in Story Mode and Paralell Quest. Unfortunately, the scan is very unclear as to whether or not you can play as him but at the time of writing it looks like a no. A cool feature that hasn’t been done in any other game yet is the ability to target Vegeta’s weak spot in his tail, even allowing you to throw the Great Ape once he is weakened. Interestingly in a small picture on one of the scans, it appears that a Namek character has also transformed into a Giant Namekian, meaning they may access to that form as a transformation of sorts.

In another scan, Beerus and Whis from Dragon Ball Z: Battle of Gods were revealed as playable characters in addition to Jaco the Galactic Patrolman, who is the main character of a seperate Akira Toriyama work that did have a brief involvement with Dragon Ball in Dragon Ball Minus. Jaco seems to be linked in to Day 1 editions of the game which will also come with a rare Trunks Dragon Ball Heroes card in Japan. It seems the story mode will feature a Battle of Gods arc which hopefully means we will see the return of Super Saiyan God Goku as well. 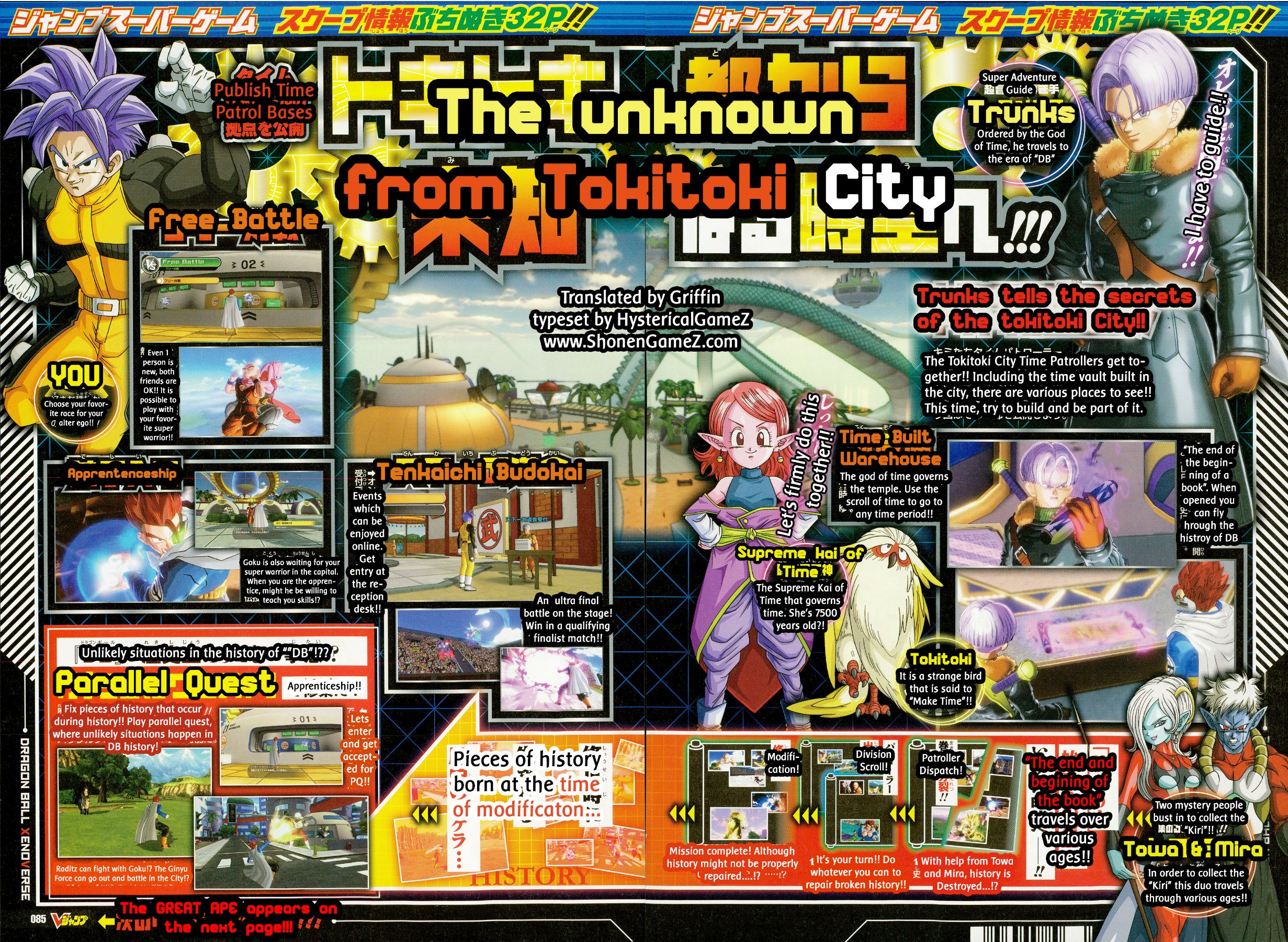 In addition to that we also got a rundown of all the games modes including Story Mode, Paralell Quests, Tenkaichi Budokai and Free Battle.  The story will feature the Scroll of Time, which apparently allows you to visit any era in Dragon Ball history. It is revealed Trunks is summoned by The Supreme Kai of Time to fix the trouble in history caused by new characters Mira and Towa, who are after Kili energy for a still unknown purpose. In Parallel Quests, you or an online co-op team can fight in various scenarios that alter the events of the show. For example, The Ginyu Force appearing in a city on Earth or Raditz fighting alonside Goku as opposed to against him.

In Free Battle it appears any match up you can dream of can be created, Lastly in the Tenkaichi Budokai, an online World Martial Arts Tournament mode, epic final battles are promised if you manage to make it past the qualifying rounds. Stay with us as we continue to bring you all the latest Xenoverse news as it is revealed in the lead up to the games release on February 17th, 2015. 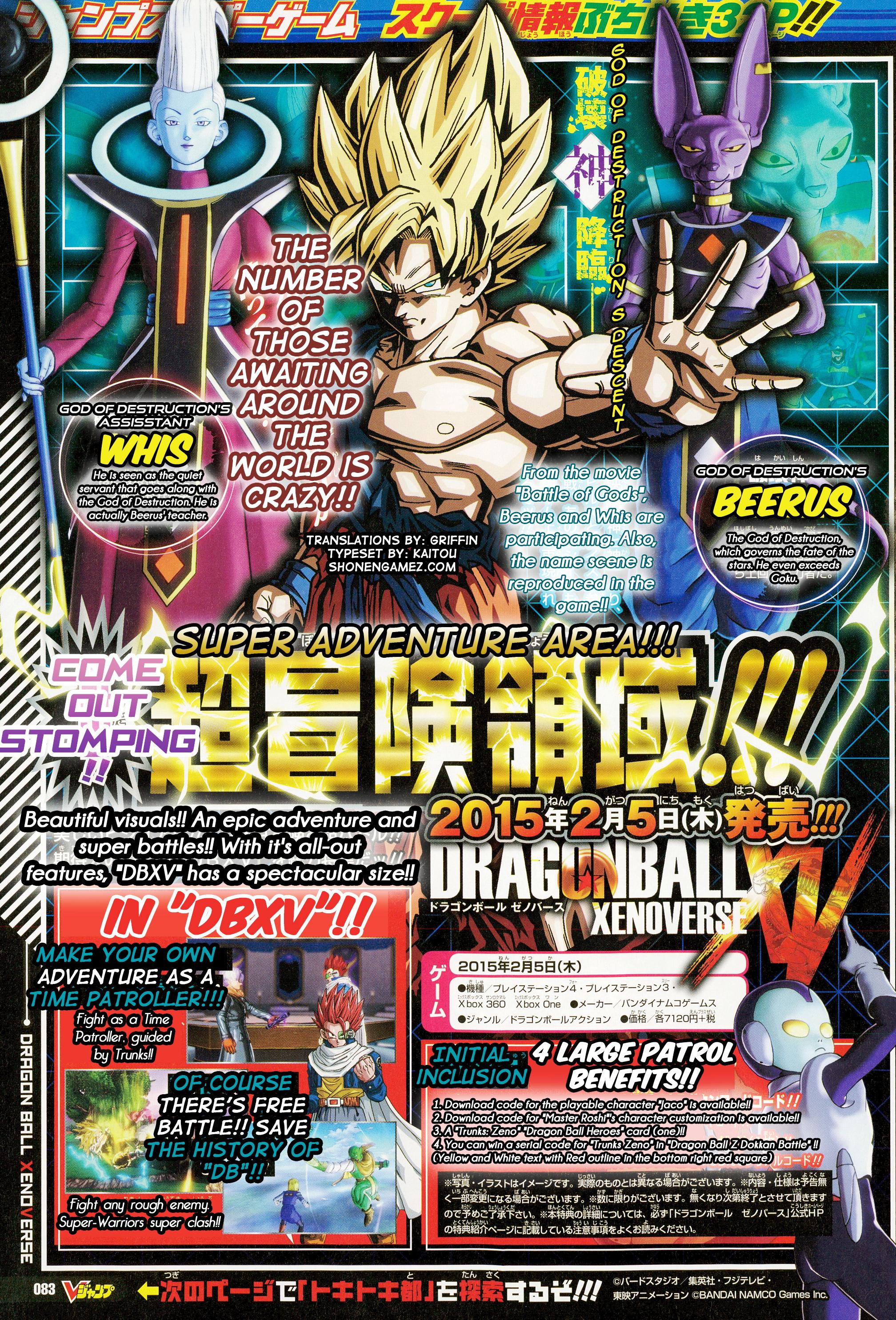 Goku Gets Naruto’s Sage Mode Outfit in Battle of Z 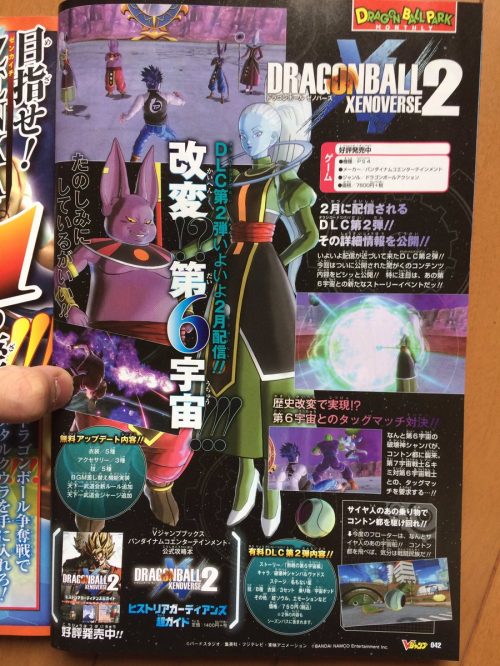