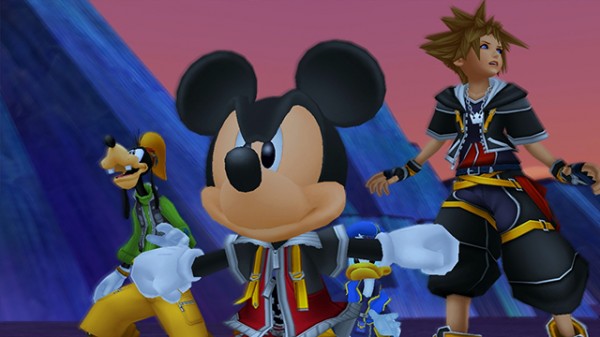 Kingdom Hearts HD 2.5 ReMix contains two main games and a heap of cut scenes covering the story of Kingdom Hearts Re:Coded. I got to go hands on with both Kingdom Hearts 2 Final Mix and Birth By Sleep at this years EB Games Expo and walked away with a great feeling of nostalgia after playing both of these titles a while back in the past.

First up is Kingdom Hearts 2 Final Mix. It has been a while since I played the original title but the sense of the game being much faster instantly came back to me. Combat speed and even movement in general are basically twice the speed of the first title which some people will like such as myself but others won’t be a fan of. One of the biggest introductions in KH2 were drive forms and I got to try out the Wisdom and Limit form. The first had me gliding around like I was on air shooting magic at my enemies from a safe distance and was a blast to use. The controls are responsive and pretty much like the first HD ReMix title, however you will find yourself moving your hands around the controller much more often to keep up with the games speed as you activate skills, change which enemy you target and cast magic. 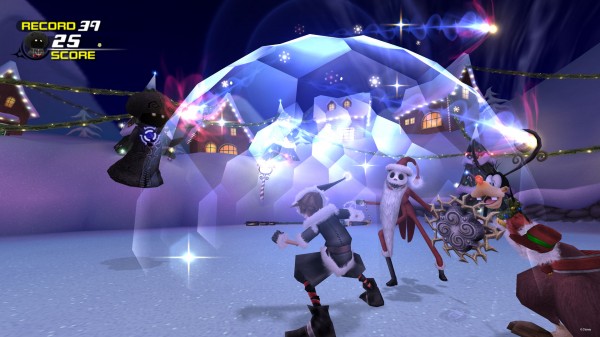 The graphics have obviously been improved with models looking much sharper and textures looking much more refined but unlike Kingdom Hearts HD ReMix 1.5, I was less impressed with these newly updated graphics on the whole. The demo I played put me in the Christmas Halloween Town stage (which I have to admit is one of my least favourite world from the entire series). While the main characters and environments look about as good as a HD remake of a PS2 is going to, secondary characters such as Santa Clause didn’t receive the same treatment. The Mayor of the towns face in particular looked rather terrifying, seemingly retaining the same texture from the original version but now glaringly more ugly in high definition. One other quick thing I noticed that I don’t remember being in the original title are these floating crowns that seemingly unlock puzzles as you collect them.

The music and sound effects were all great and was one of the main contributors to my feelings of nostalgia. I’ve always loved the battle themes and even though it’s my least favourite world it feels so good to defeat heartless against a Christmas-y battle beat. Sora’s voice actor has obviously gone a change of voice but he still sounds like the energetic kid that Sora is and is great in the role. 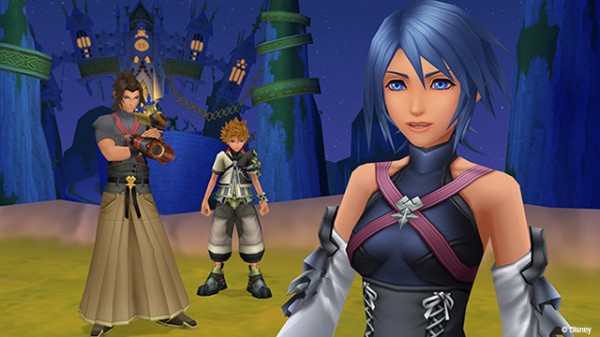 Next up was Birth By Sleep, originally a PSP game this was another title I hadn’t touched since completing the game 100% about four years ago. The demo version of Birth By Sleep contained one campaign for each of the three characters. I jumped in with Aqua at Radiant Garden as she protected a young Kairi from the Unverse. After exploring a bit, opening a few chests and destroying some enemies, you arrive to the end game of the demo, a giant boss battle against a multi-part boss similar to the giant knight looking robot from Kingdom Hearts 1.

Birth By Sleep: Final Mix looked slightly poorer than Kingdom Hearts 2 which is understandable given its PSP origins. Aquas blue eyes pop here more than ever and while models have more square edges than the models in KH2, the HD makeover has still bettered the quality of the graphics overall. One negative people won’t be a fan of is that the ‘fish mouths’ from some cut scenes in Kingdom Hearts 1 are still found here. Performance was also rather disappointing with a few frame rate drops in odd places such as jumping on the stairs, but keep in mind this is an early build and the game still has some development time left before release so we are inclined to believe these issues will be solved the next time we get our hands on the game. 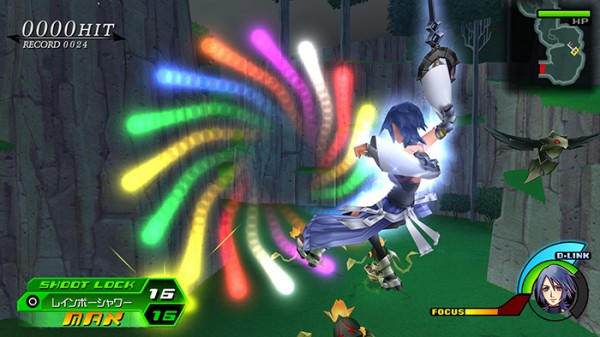 That being said the game play is still fantastic and the praised combat system from Birth By Sleep has made it’s way over. It does take a while to get used to as unlike Kingdom Hearts 1 and 2, the command chart on the side scrolls through certain actions with each press of the triangle button as opposed to having magic and item shortcuts available to you. X is your default attack option and changes to more powerful attacks as you fill the command gauge. As the command gauge fills each time you attack, using certain varieties of attack such as fire or blizzard will transform you into one of many forms such as Diamond Dust or Firestorm. These give you an entirely new move set to play with alongside increased damage output and it’s just awesome to transform and unleash new super attacks.

Adding even more variety to the combat is the shotlock feature which you can access by holding down R1. This will bring up and aiming reticle that takes up the whole screen and allows you to target multiple enemies before unleashing lightning bolts onto them all. If you like action RPG’s then you will most likely take an instant liking to either of these Kingdom Hearts titles. 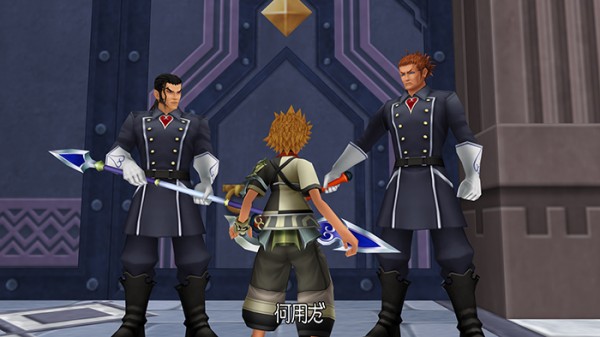 The main thing bugging me about Birth By Sleep is the controls. The PSP title felt a little clumsy to play but you got used to it over time and adapted to the limited controls present on the PSP. While the camera is now mapped to the right stick so you can move it around, you feel the additional R2 and L2 buttons could have been used to take some of the commands off the other buttons, I would have liked to see Shotlock locked to a simple press and hold of the R2 button as opposed to holding it down for a second before it activated, especially as the 2 additional shoulder buttons have just been allocated as additional ways to scroll through the command list. Admittedly this does come in handy as you don’t have to remove your thumb from the left stick.

All up, Kingdom Hearts HD 2.5 ReMix is looking like another solid remaster of some of the best games from the PS2 era. Check back with us for more Kingdom Hearts coverage over the coming weeks. For all our other coverage of this years EB Games Expo please follow the link. 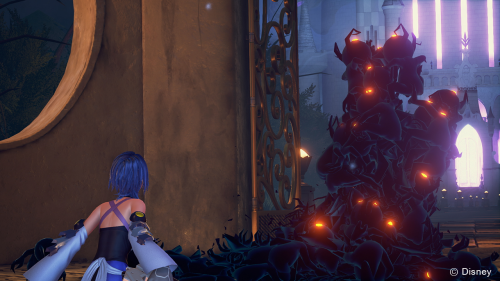