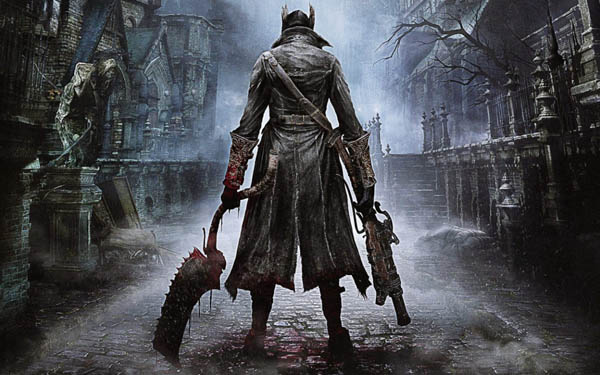 FROMSOFTWARE have become synonymous with creating difficult, trial-and-error style action RPG’s. From King’s Field to Demon’s Souls, then Dark Souls and Dark Souls II, they have proven to be masters of the genre. Now the team is stepping it up again for the PS4 exclusive Bloodborne. Firstly the elephant in the room: Bloodborne isn’t Dark Souls, but the two games share a lot of similarities.

Instead of the Souls series’ use of medieval and fantasy locations and monsters, Bloodborne goes for the more gothic horror route. Your character and the enemies that they come up against look like they are from a puritan witch-hunter’s nightmare and it looks awesome! Decaying dogs, hollowed townspeople, and monstrous, grounded crows are just a sampling of the types of enemies that players will get to face.

While Bloodborne handles similarly to Dark Souls, it is a very different experience. While Dark Souls focused on defensive combat, hiding behind your shield and waiting for the perfect time to strike down an enemy, Bloodborne goes a different route. None of the characters available in the demo had a shield, so playing defensively is immediately off the table. Instead, you have to take on a more aggressive strategy to slay your enemies. Enemies are also more densely placed than in the Souls games, so you will often be facing upwards of five monstrous beasts at one time. 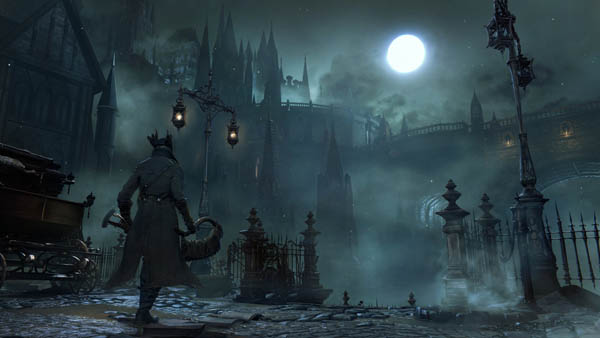 The Victorian setting also allows for one other major departure from the Souls franchise in the form of firearms. All of the demo characters came equipped with a small rifle in their left hand. While the gun itself wasn’t too powerful, it can stagger an entire group of enemies at once, allowing for you to get up close and personal with your sword strikes. Players will pick up ammunition for their gun from defeated enemies or through pick-ups scattered through the world, though it does feel like the ammunition will be a semi-scarce resource so that players don’t just go all Rambo through the game.

One of the cool new gameplay mechanics that FROM have introduced is the ability for some weapons to transform. One character is equipped with a straight-sword for quick strikes, but with a simple flick of L1 he attaches it to the stone he is carrying on his back and it becomes a massive hammer that while slower, is capable of performing devastating blows. Another character was equipped with twin blades, but could alternate between single and double with the same press of L1. Switching to single gave them access to their gun, while double blades were faster and dealt a lot more damage. The ability to switch up your play style on the fly really feeds into the whole faster pace that Bloodborne is introducing, and if executed properly may very well be one of its strongest facets.

FROMSOFTWARE have always managed to make the most out of the hardware they are building for, and Bloodborne is no different. Even though I only played a small alpha build, the game looked stunning. Everything from the character models to the lighting and particle effects really showed what developers can do with the new hardware. One of the things tha I noticed immediately is that one of the playable characters was wearing a coat that looked like it was made of raven’s feathers. As I ran around as this character, I saw that each of the feathers was individually animated and was moving on their own as the character walked or attacked. The attention to detail is staggering and I can’t wait to see what else the developers have in store for us. 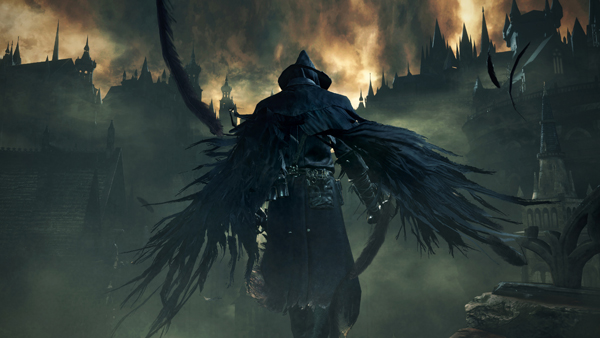 The Souls franchise has gained many followers all over the world, with multiple wiki’s created to help players through the game and a bustling online community. Even 2009’s Demon’s Souls still has a strong online community, that looks like it will never slow down. Bloodborne is a bit of a departure from the norms of the series, but it still feels like the next evolution in what those games are trying to achieve. As someone who has played the Souls games extensively, I felt right at home. The controls were familiar and almost identical to their predecessors, yet the entire package felt fresh and new. The new fast pace, aggressive gameplay style really suits this new world and I can say that after running through the demo twice, I am fairly certain that on February 6th, Bloodborne will be the game that finally convinces me to buy a PS4.

For all our 2014 EB Games Expo coverage including hands-on previews and interviews, click here.