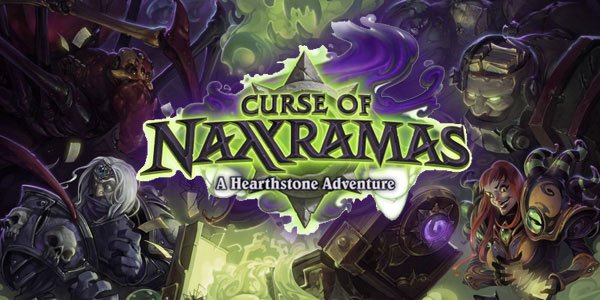 Blizzard’s online card game: Hearthstone: Heroes of Warcraft is getting a new single player adventure for players to try out called ‘Curse of Naxxramas‘. It will let players test out their ability in skill, strategy, and deck building as they take on a number of undead opponents.

The adventure is based around a raid dungeon in World of Warcraft which is called ‘Naxxramas’ (Naxx). The dungeon was the floating necropolis of the Archlich Kel’Thuzad and had five wings which players could raid for xp and loot. Each area had its own unique bosses with individual abilities.

Drawing on that, the adventure will similarly have five different wings with different bosses and rewards. Each week, a new wing will be unlocked and open for the players. Each boss defeated will award the player with new cards, with a total of 30 cards upon completing the adventure. These cards can be used in normal player decks and also be upgraded. One of the new ways that these cards can be acquired is through undertaking new “class challenges” where in the player is given a specific pre-made deck to duel with. If they are victorious, the player earns a new Naxx themed card for that specific class. The cards from the adventure will be added to the arena as well, even for players who have not completed the adventure.

The Arachnid Quarter, the first wing of Naxx will arrive on the 23nd of this month and be free for a limited time. Those who wish to continue their incursion into the crypts of Naxxramas will need to purchase access with in-game gold or real money.