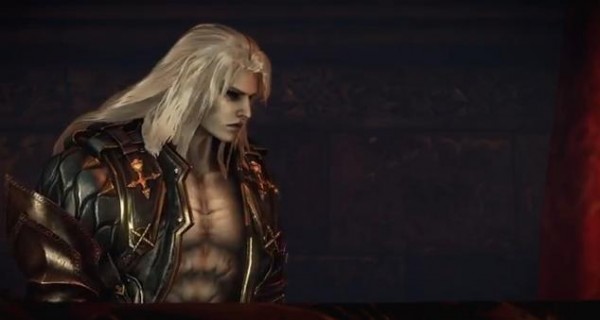 Those of you who have already conquered Lords of Shadow 2 (you can see our review here) will be happy to know that the promised DLC featuring Alucard is now available. This DLC allows players to get inside of the head of the son of Dracula, where questions will be answered.

A huge favourite within Castlevania fans, Alucard is the turned son of Gabriel. A tragic figure, he has shunned human life for many years, instead choosing to hunt only creatures of the night. The DLC takes place just before the apocalyptic events of CASTLEVANIA: LORDS OF SHADOW 2, where Alucard prepares for his father’s return and the forthcoming battle against Satan – detailing how Alucard is linked to his Father’s fate.

‘Revelations’ takes place within the epic world seen in CASTLEVANIA: LORDS OF SHADOW 2. As Alucard, players must discover his secrets, unearth the true extent of his involvement in Dracula’s story and set in motion the events of CASTLEVANIA: LORDS OF SHADOW 2. The DLC expands the incredible story of the recently-released sequel, with the fate of the Belmont clan unveiled. Alucard – a warrior by nature – has his own unique, powerful abilities, including use of the Glaciem and Igneas powers. Similarly, Alucard also has vampiric abilities which allow him to transform into a wolf, a swarm of bats and even turn back time! Blood fuels your capabilities, and Alucard must drink the blood of enemies to intensify his immortal powers. The new trailer offers a welcome hint as to what lies ahead…

Check out the clip below for an even deeper look at Konami‘s latest offering, and complete your story with the Belmonts by picking up the ‘Revelations’ DLC today for the Xbox 360, PS3, and PC.

What Nintendo didn't want you to see !!