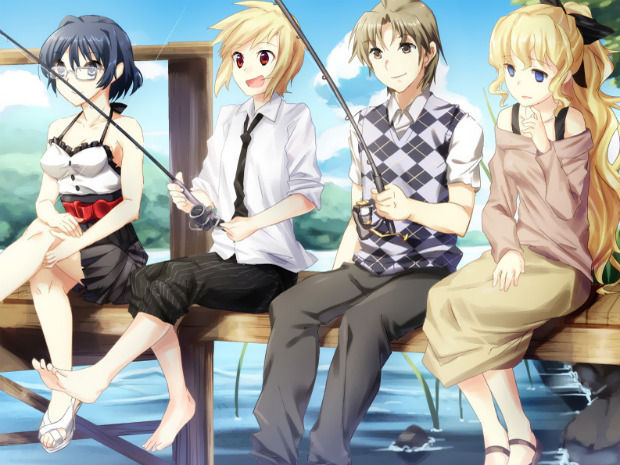 Anime fans, we watch a metric ton of anime on a frequent basis, but some days you’ll find that anime just doesn’t cut it. Maybe nothing will leap out at you, maybe you’ve just watched a terrible show (School Days) and don’t want to watch anything else for a while. When this happens, where do you turn? Personally, I’m not a big fan of manga because I feel it ruins the surprise of anime when it is released, so an alternative was required. Fear not, because there is a whole world of brilliant visual novels out there just waiting to be explored! But, where do you start your journey? Somewhere inbetween finding official English ports and deciding which genres most interest you, it can be hard to get off of your feet. To help, here are a few of my favourite visual novels and why you need to read them: 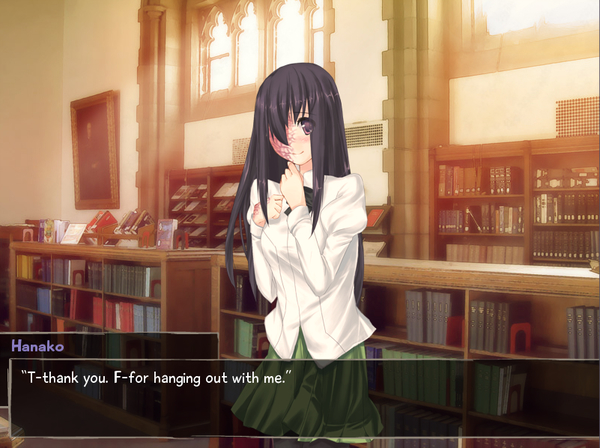 Literally translated as “disabled girls” this beautiful romance should definitely not be judged by its cover. A lot of people dismiss this game at first glance purely on the basis that they think it is odd to have a game centred around a school full of people with disabilities, but those people are missing out on something truly wonderful.

You play as Hisao Nakai, a teenage boy who has recently been diagnosed with arrhythmia, a heart condition that can cause cardiac arrest and other such life threatening problems. Fearing that he would not have access to proper medical care at his current school, his parents and doctor recommend that he attends a school for the disabled called Yamaku Academy. Thrown far out of his comfort zone during his long stay in hospital, he suddenly finds himself in completely new place, surrounded by people that he isn’t sure how to approach. As he meets new people though, his eyes begin to open to other people’s struggles as he battles with his own. Through love, hardship, and a myriad of life-changing discoveries he learns a lot about himself, the ones he loves, and ultimately that life must go on.

The overwhelming response to this completely free game produced by Four Leaf Studios was absolutely staggering. People have claimed that it changed their entire perspective on life and even now, nearly two years on from its release in January 2012,  it still boasts a huge fanbase and rightly so. From a more personal perspective, I have never cried so much at anything in my life. I have broken bones, had my heart broken, hell, I’ve even watched Angel Beats, and nothing has even come close. It will leave you truly speechless, and it really says something for a game when I wish that my memory were worse and time would speed up so that I could play this game with a blank slate again.

You can download Katawa Shoujo from here, and for free you would be crazy not to.

Higurashi – When They Cry 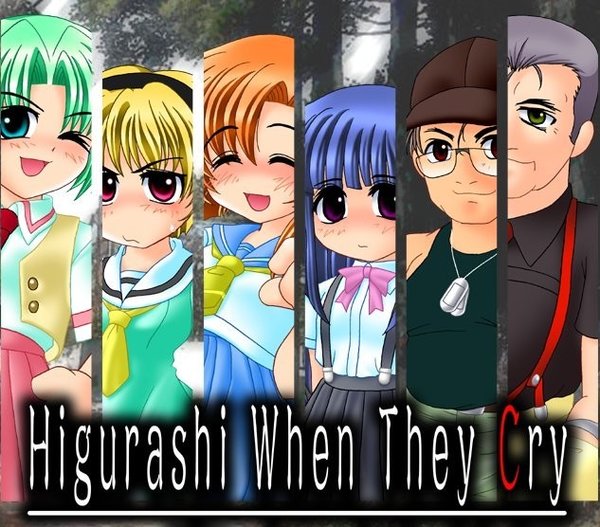 On the completely opposite side of the coin we have the infamous Higurashi, a psychological horror/mystery that has since had an anime adaptation by Studio Deen. If you wanted the definition of something that you shouldn’t read in the dark, this would be it. It is incredibly hard to describe the plot of this visual novel without dropping some huge spoilers, but here is the best I can do.

The protagonist of the story is Keiichi Maebara, who has just moved to a small village with his parents. At first everything seems fine. He makes friends, they have fun, everything seems like an average anime storyline. Maybe he’ll fall in love, there will be some romance, and everything will be sunshine and rainbows… Wrong. Suddenly something starts to feel a bit off.  Keiichi starts finding things out. Things about the village, its people, its past. All at once it seems the world has collapsed around him and through a subtle series of hints you are left as the reader to try and work out what is happening in this dark and mysterious village.

Very little has given me chills to the extent that Higurashi did. If you want a comparison to get the feel of it then the closest thing you’ll find is the anime Shiki, but Higurashi is a lot harder to figure out. Working in a series of question and answer arcs, this story will keep you guessing and guessing to the point where you’re not even sure if your character is sane or not. The blobby sprites are the worst part of this game by a long way, but with some clever patching you can make your characters look much nicer as demonstrated below. 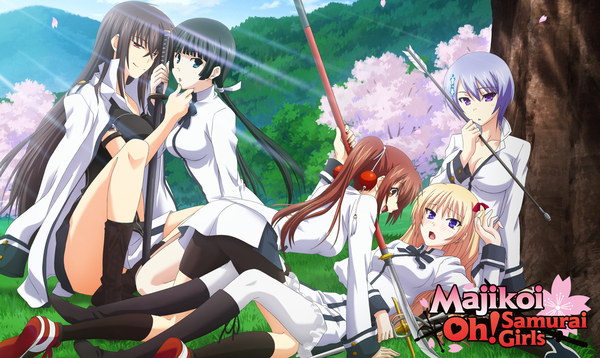 Returning  more to the romance style of Katawa Shoujo, Majikoi is a straight up harem comedy with barrels of laughs to keep you coming back for more. Much like Higurashi, it has had an anime adaptation since its release, but in my opinion if you have the time you get so much more out of the visual novel.

Taking place in Kawakami City, a city extremely dedicated to its samurai heritage, you play as young tactician Yamato Naoe and live out his life in a group of friends littered with strong fighters. Fighting spirit is important in both life and academic success in this city and as a result Yamato must use his wit to compensate for his lack of brawn. Focusing heavily on the friendships and interpersonal relationships of his tight-knit group, Majikoi is a laidback, hilarious, and touching story that will leave you feeling extremely warm inside. 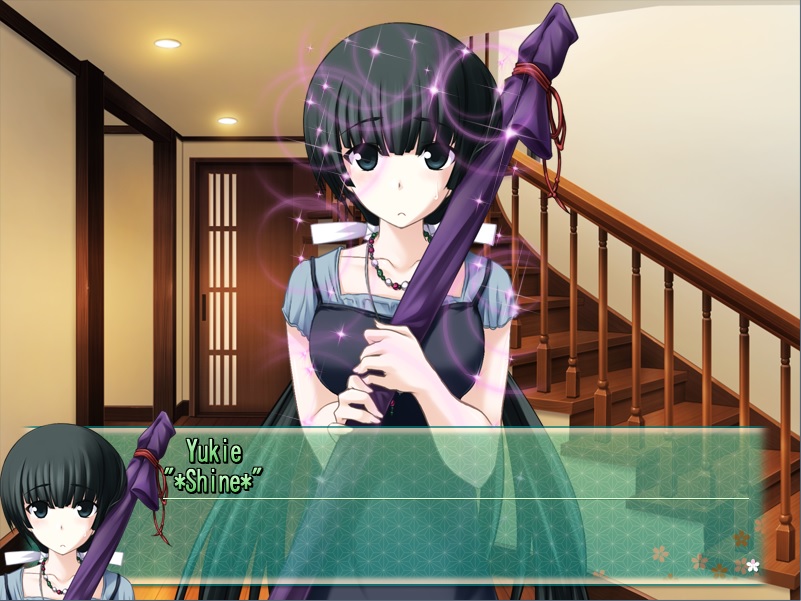 Majikoi can be purchased as a Japanese import and some kindly fans have made a translation patch that will get you through most of the routes.

These three visual novels are certainly not all that is on offer, in fact I have barely scratched the surface. Unfortunately, the main problem with visual novels is that most have not been translated and that leaves people like me who only know basic Japanese with no easily accessible way to play them. Fortunately, big releases and fan favourites tend to attract the attention of the many translation groups across the internet and a lot of games can be patched to become playable.

Certainly, visual novels are a wonderful thing. They provide more depth of character, you can steer the narrative with your own decisions, and anime adaptations tend to pick only one of many endings in romances so they miss out hours of content and lots of important relationships. If you have yet to play a visual novel then I recommend starting as soon as possible. They might be hard to get your hands on, but the ones you can, you will treasure for life.

Aksys Wants To Hear From You!