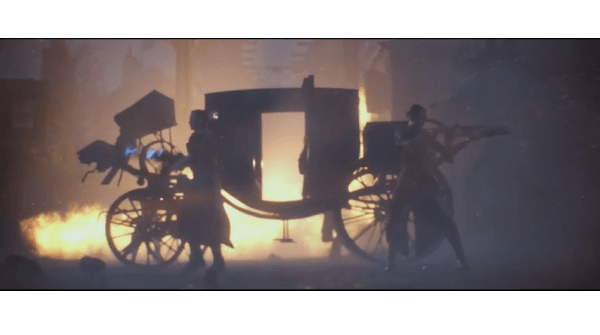 During their E3 2013 press conference, Sony announced The Order: 1886. Being developed by Sony’s Santa Monica studios (the makers of the God of War franchise), the game showed a Victorian-era London where men use advanced technology take combat powerful, ancient foes.

Players will take on the roll of knights of an elite order as they fight a centuries-old war that will determine the course of history forever.

The trailer shows off a squad of knights riding in a carriage as zeppelins fly overhead. They’re each brandishing weaponry obviously advanced beyond the 1800s.

Be sure to check out the trailer Sony released during their E3 conference below this article!

GOD OF WAR III is unleashed upon the world !!