The Behemoth has been developing games for almost a decade now, starting with Alien Hominid for the GameCube, PS2, and original Xbox; continuing with Castle Crashers for the XBLA, PS3, and PC; and now their latest game BattleBlock Theater for XBLA. They have successfully put out what have become fan favorites with the release of BattleBlock Theater we took the chance to speak to Dan Paladin to learn a bit more about the game and The Behemoth.

CC:  Thanks for letting us get an interview. Could you introduce yourself and what you do at The Behemoth for our readers?

Dan:  Hi, I’m Dan Paladin and I’ve done the majority of the artwork for the Behemoth. I am one of our co-founders and I make a killer White Russian. My dog’s name is Winston and he screams at immobile skateboards. 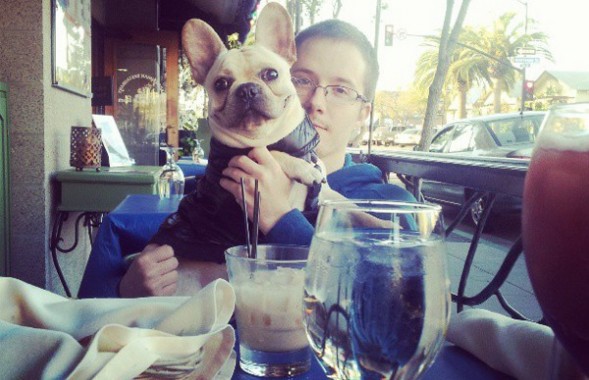 CC:  Now with BattleBlock Theater, The Behemoth has now gone 3 for 3 with their console release. What do you attribute the high rate of success to?

D:  Most important one would be word of mouth from the players (thank you everyone!). Really keeps the ball rolling, and keeps us alive.

Aside from that? A good helping of luck, being infinitely naive and stubborn, being open-minded throughout development, and refusing to ship anything until we’re confident about it.

CC:  Alien Hominid, Castle Crashers, and BattleBlock Theater all share the same art vibe, but differ in terms of actual gameplay, how does The Behemoth maintain their quality through different genres where other developers tend to stick to a single genre?

If I had to guess I’d say our group tends to be diverse enough that no decision is necessarily the ‘right’ decision until we’ve experienced a compromise and all parties are happy. I think that this might be what resonates with players.

Players are likely to land under one of our own differing mentalities, so in a way, we’ve sort of compromised with many of our players before they’ve even touched the game.

CC:  BattleBlock Theater has been in development some time, with footage shown as early as 2009, how much then has the game evolved through the years until reaching the finished version?

D:  Its overarching details were constantly morphing as we sought out what people enjoyed the most, but the baseline for everything has stayed the same. I think we definitely ended up adding more combat than we were initially expecting. 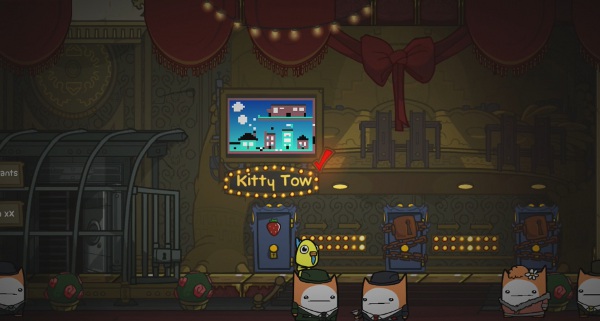 CC:  The multiplayer features many standard modes, but with a unique BattleBlock Theater twist, what process did you use to come up these twists?

D:  We don’t really have a process aside from the angle of ‘Wouldn’t it be cool if…..’.

Random interjections and organic improvisation are what fuel the majority of our time here. After we had a few of modes functioning I tried to find a gradation for the rest that players would enjoy, from the less direct combat modes all the way to the more in-your-face ways of playing.

Some modes discourage or disallow fighting while others are the only reason you’re there and some modes land in the middle of both.

CC:  The opening cinematic has also changed since it was first shown back in 2011, has the evolution of the story stemmed from changes in gameplay or natural progression over the years?

D:  We made changes to the intro for a few reasons. The biggest reason being the story was reworked. Another because it was rather awkward to have the 2 friends introduced but then we show 2 playable characters that aren’t either one of them. We had to include the rest of the crew on the boat and made the boat much, much larger.

CC:  Speaking of the story, BattleBlock Theater features what has become one of my all time favorite narrators in a video game, were the lines a group process or mainly Will Stamper himself? The dialogue itself includes several moments of near vulgarity, but always saves itself in time. Was this designed as part of the humor of the title or an attempt at making a more family friendly game?

D:  Will Stamper wrote 99.9% of every single line. Anyone familiar with his personal work will know he’s no stranger to pushing the audience’s buttons and then some. He may have had to self censor here, but I don’t personally know if he did that on this project or not. Half of the lines were ad libbed and half of them were meticulously planned.

I’m proud of the work he did for us and proud to call him my friend. We used to be roomies 8 years back and it was always hilarious times. He’s a really nice and selfless guy with a strong work ethic. 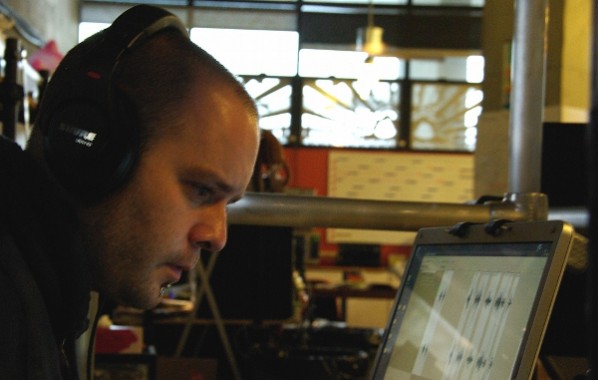 CC:  The inclusion of User Created Content is new for a The Behemoth game, how has it been working out so far, is it being utilized more or less than expected?

D:  Back in 2004 the spiritual role model for BattleBlock Theater named ‘PDA games’, which was a minigame in Alien Hominid, allowed users to make and save their own levels. There was no sophisticated way to share them back then but I suppose it’s still comparable.

It’s been really amazing to see all the things people have made and bonk through each level. Some are devious while others are carefree. You can really get the sense of the person who made them after going through a few. Every week we feature a new playlist someone has made and every two weeks we pair features with a new star category prisoner, and we’ve had a pretty great selection to choose from. We’ve tried featuring some of the tougher ones and some of the nicer ones to see how the community responds.

Right now we’re doing a thing where we’re asking people to point us to their favorites. Seems to be going pretty smoothly.

Overall it’s been a lot of fun to be even closer to the players. Feedback from players has been the key for every bit of any success we’ve had.

CC:  With the Furbottom’s Features, Special Characters, and your recent Live Stream, The Behemoth seems currently focused on building the community of the game, how does this differ/what are you doing different than what you did for Castle Crashers?

D:  You’ll have to understand that when Castle Crashers launched it was a different time and also a very different game from BattleBlock Theater. Back when Castle Crashers first launched in 2008, we had a smaller team and social media wasn’t what it is today. Twitter and Facebook pages have grown in popularity tremendously and it’s given us an extra outlet to connect with our fans on top of the development blog & forum we’ve been maintaining on our site since Alien Hominid days.

Twitch TV is something we’ve just starting using this year. We’re trying to stay connected with the community in ways that make sense with our game and live streams seem to be very popular these days. 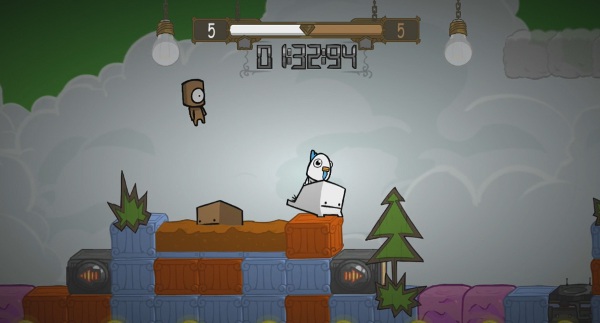 CC:  Castle Crashers has received DLC in the form of additional characters, while BattleBlock Theater has plenty of characters from the start, but are there plans for DLC in some other form, such as additional official levels?

D:  We don’t have any current plans for DLC.

BattleBlock has a stream of Furbottom Feature characters and user generated content that will hopefully keep people satisfied for the time being. There are currently 320 characters to unlock and over 400 levels from us alone and much more in the Community Theater section. It’s the longest story we’ve ever made with the most content you can get, so I do hope people aren’t waiting too impatiently!

CC:  After developing a side-scrolling shoot-’em with Alien Hominid, an action-adventure beat-’em up with Castle Crashers, and now a platformer with BattleBlock Theater, are there other genres The Behemoth is interested in tackling?

D:  We always love looking to another genre! I don’t know if there’s any particular genre out there we wouldn’t try. I’d almost say that you should expect that from us. We really like trying our hand at something new and unexplored in our corner of the world.

CC:  Thanks again for taking the time to answer our questions, but as a final question without being too prying. Is The Behemoth already looking forward to their next game or going to focus on BattleBlock Theater for awhile?

D:  We’re prototyping stuff right now and we have a couple very strong leads. Nothing official yet, though!

And so our interview with The Behemoth’s Dan Paladin comes to a close, but those wanting to find out more about The Behemoth and their going ons can find their website HERE. Those wanting to know how amazing BattleBlock Theater is can check out our review of the game HERE. Have opinions on the interview or otherwise? Leave them in the comments below.

A Behemoth vs A Juggernaught … Who would win ??