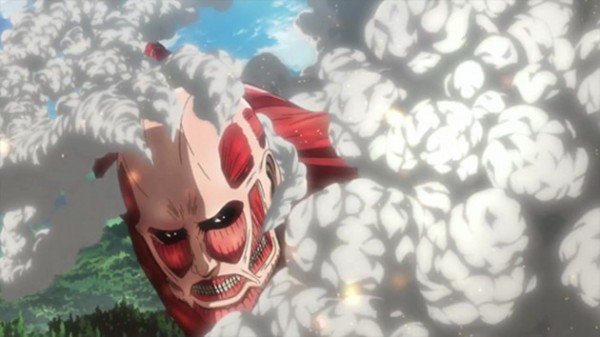 The first episode of the Attack On Titan anime series came out two weeks ago which means there has only been two episodes released which means for two Sundays in a row I’ve just kind of sat there filling with these things called emotions, they’re kind of weird and make you feel stuff and anime usually doesn’t make me feel stuff, not like Attack on Titan does. Truthfully. Now, I never read the manga and I had no idea about this anime until a fellow Capsule employee  Luke Halliday shared his first impressions of it and mentioned I should give it a whirl and see how I like it; it’s safe to say, I flippin’ like it! Out of the few Spring Anime releases I’ve been watching, Attack On Titan would, without a doubt, be my number one favourite title.

Like I mentioned above, I’ve never read the manga – hadn’t even heard about it until about a month ago – so I’ve come into this entirely fresh, not knowing what to expect from the series, and assuming weird and odd things about it judging by just pictures and screenshots, so as you can imagine Attack On Titan hit me like a tonne of bricks. A lot of fans, like Luke, followed the manga; they know the story, they know what to expect and their only deal breaker is that the series may not do the manga justice but two episodes in and from what I’ve heard it does it some damn justice! 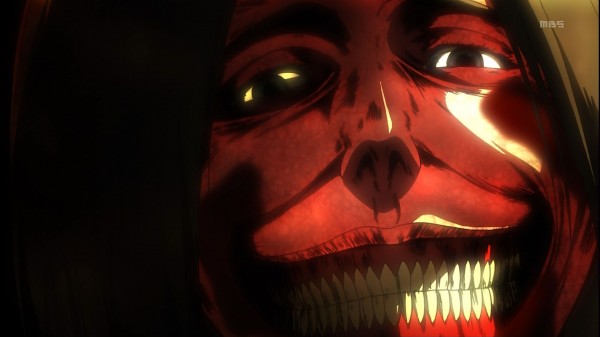 I actually happened upon the manga just the other day while in a book store and did a little flicking through – I saw some things, some things I wanted explained and I was tempted to buy the manga right there on the spot (which God knows I’ll end up rushing back to buy soon) as it looked fantastic! I was comparing the anime and manga in my head, piecing together what’s what and I really didn’t have to do a lot of that because, visually, the anime hit the nail right on the head! I, somewhat, regret flicking through the manga because now I’m anticipating things and trying to figure out what’s coming and what the hell is going on with these Titans and a single Titan in particular that I happened to see (you manga fans will know exactly what I’m talking about).

Attack On Titan is doing the same as what Fullmetal Alchemist did to me. You barely see an anime or manga take to a European style in such a fantastic and hard-hitting way. Honestly. It’s so unique and great and I love it, which says a lot because I usually hate anything not set in the present or future (just a shitty personal preference). They are similar, I think, on the fundamental basis that they know how to shock and impress you in such unique ways. You ask any normal person how they would kill something big, I guarantee they’d say something like “Ugh, big guns ‘n’ shit?” – not in Attack On Titan! Who the hell would’ve thought about using grappling hooks to take down giants? Not me! 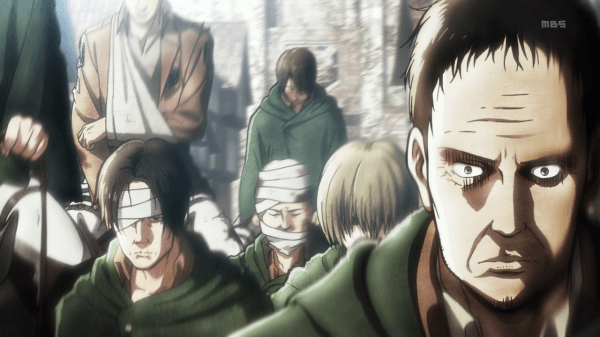 The lore and mythology behind it all is a big hitter for me, the word Titan alone is enough to send shivers down a character’s spine and you can really feel that while watching this. Emotion is key in Attack On Titan, when a mother is given an arm, the only thing left of her son after fighting these monsters, and she screams and cries in distress and sadness you want to do the same! At least I found myself feeling like crap after watching that, which really isn’t a bad thing, I’ve seen countless animes that couldn’t show that kind of emotion, hell, I’ve seen live action movies and series that couldn’t put that emotion across. It’s things like THIS that put animes like Attack On Titan and FMA across the line. 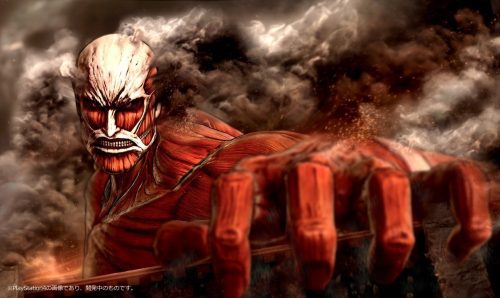 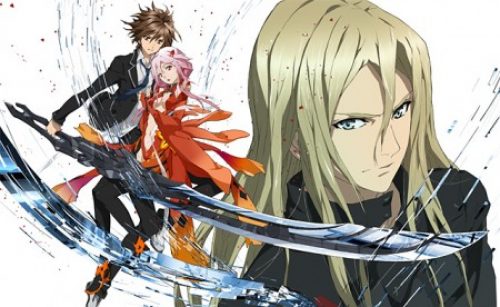