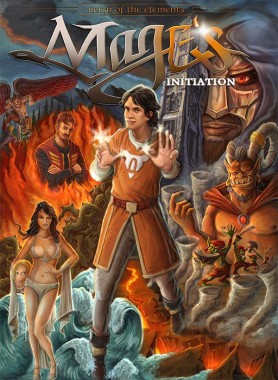 Story
Albeit the demo was short, I found the story to be interesting enough to want to pursue further. Starting off as the fire mage – D’arc, you are given the task to prove your worthiness of receiving your initial magical powers. By acquiring a gem and performing rigorous tasks to illuminate the object, D’arc can finally practice his skills as a mage. However, your teacher teleports you to a forest where he does not join you. Waylayed by enemy goblins you must think fast and utilize your new abilities in order to save your own skin. 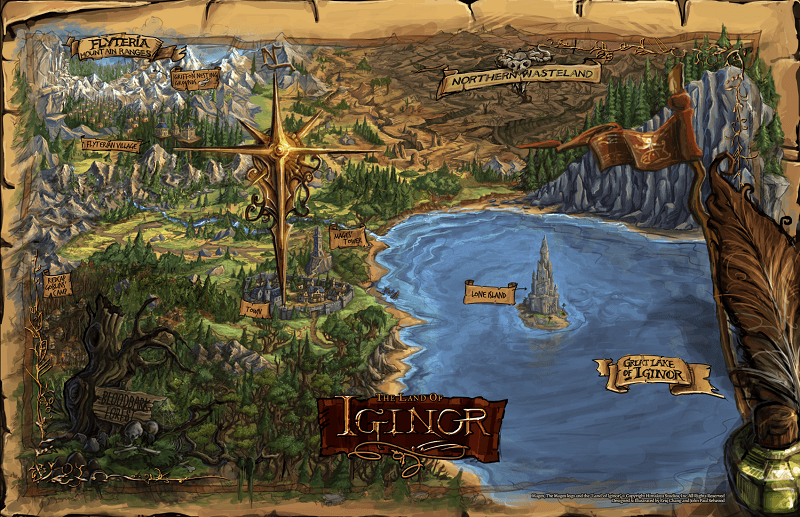 And there you have the demo in a nutshell. Being short and simple, Mage’s Initiation sets up a viable storyline in a fantasy point-and-click adventure.

Gameplay
I would first like to point out that I jumped right into the game disregarding all instructions. It is a personal habit which allows me to dissect a game internally by identifying its learning curve without knowledge of basic/advanced controls. At first I noticed that my character could only walk everywhere with the left mouse click. Further investigation made me aware that double-left clicking enabled the character to sprint to target location. Testing out the right mouse button provided additional options for inspection such as: use, talk, look, inventory item, and spell. Finding these options made the demo much easier to traverse. 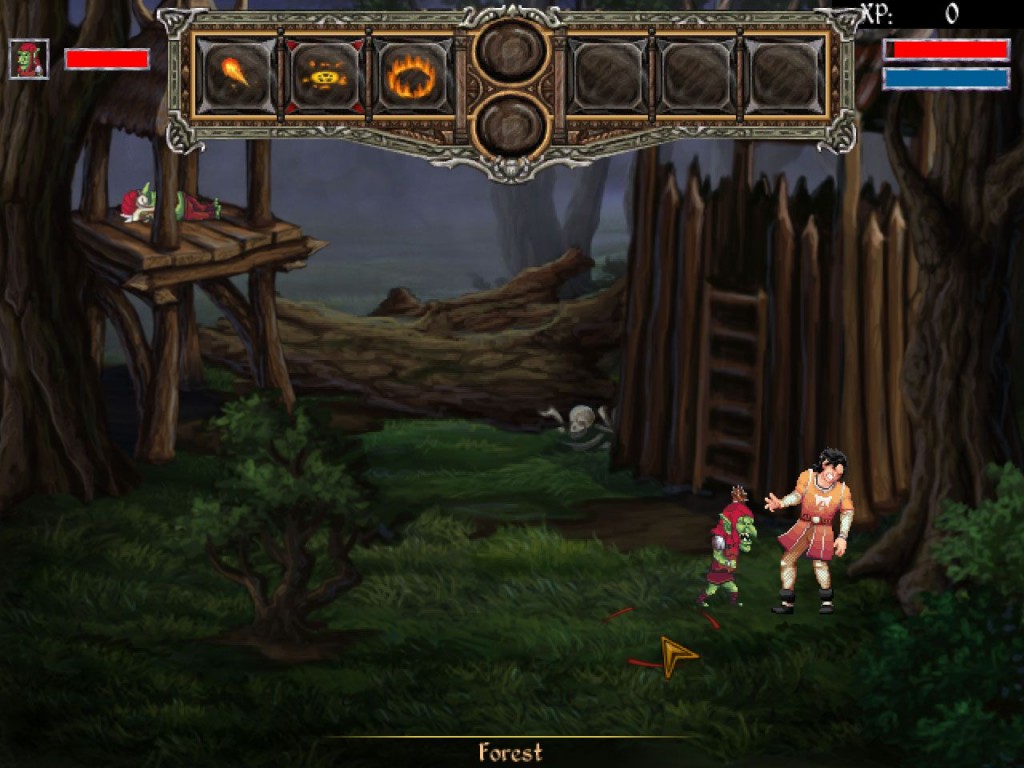 One aspect that needs close attention is active battles in a point-and-click adventure. I have noticed that in any point-and-click that response times are a bit sluggish in processing commands. As seen in Mage’s Initiation, the action of walking and running seem slow at the moment and could cause frustrations while in active battles. I am guessing that the team is currently working to improve this performance before the final launch.

Conclusion
With the demo being a very slim experience it is hard to tell at the moment how much content that will be provided upon release. We do know that four different mages can be selected at the start but the developing storyline could essentially be the same experience with a few twists. Other concerns will strictly deal with combat and the effectiveness of movement when in these active environments. If battles remain sluggish with player movement, the combat element will become tough to grow accustom to and deter players from enjoying the active battles. Fine tuning this area of the title will definitely bring out the role playing elements instilled through the rest of game.

To help Himalaya Studios further with the project you can donate at their Kickstarter page (here) or even give an approving vote at their Steam Greenlight (here).

Shadows on the Vatican – Act 1: Greed Out Now