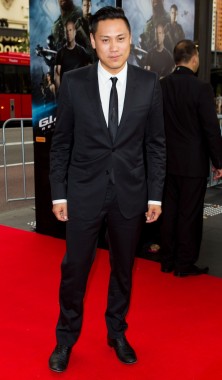 Jon M. Chu – the director of  ‘G.I. Joe Retaliation’ –  took some time to talk to us, as part of a round-table  about his move into action blockbusters. He may have found fame through films such as ‘Step Up 2’ and ‘Justin Bieber: Never Say Never’, but Jon is determined to attack every genre Hollywood puts in front of him. That’s not to say he didn’t learn anything from that experience however. We only managed to get a couple questions in with our limited time, but it was a true pleasure.

SPOILERS: Much like in our interview with two of the film’s stars Adrianne Palicki and DJ Cotrona (read here), we make mention of a particular event in the film that has a great effect on the plot moving forward and the characters’ motivations. It was revealed online many months ago, so it’s not exactly news. HOWEVER, there are a few other scenes referenced as well, so don’t say we didn’t warn you.

Some of the cast have made the distinction that you’re not a ‘dance’ director as some of your films may imply, but rather you’re all about movement. Can you describe that distinction and how that affected your approach to the film?

I was never a dancer. I got into the ‘Step Up’ movies just because it was an opportunity, I jumped in and I got to meet a lot of dancers but what I love – what I grew up on – was movement. Storytelling in movement. John Wayne walking onto a porch says more in his swagger than a paragraph of dialogue could ever say.

So when you have people like ‘The Rock’ and Bruce walking in, I love that we can tell what type of character they are by how they retreat or fight back when they get hit. The type of morality they have when they watch a victim or anything die or anything they kill. We have a lot of time and a lot of characters we have to communicate very fast, to our detriment actually because we have a lot to do but it’s stuff we have to communicate very quickly. To me that’s fascinating. I love that kind of stuff. To have an eight minute sequence without dialogue to me was so fly. I love that challenge.

Again, the dancers, what I learnt from the dancers is, yeah there’s a guy who can spin on his head and there’s this guy who can do all this stuff but that’s not actually what people respond to. What people respond to is what it means to that person who is spinning on their head or if you’re cutting around the whole time nobody understands how or what this person is actually doing. With dancers I could actually do this stuff physically. Sometimes you don’t do anything with the camera, sometimes you step back and let the guy do his thing and maybe just push in a little bit and feel that power. One of the great advice that I got was ‘the shots don’t lie, film makers lie so get the fuck out of the way and let the shot play.’ A lot of the time with Bruce and Dwayne you just let them do their thing and get out of their way. 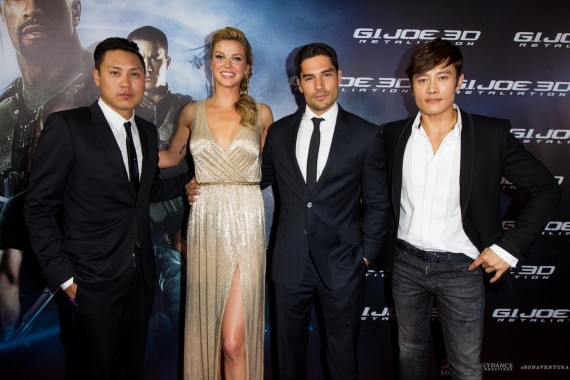 The delays have been talked about and reported online. What was it like in that time-frame when you had to go back and shoot extra scenes with Channing and Dwayne after getting that feedback?

All those things aren’t true. We didn’t go back in. When we were reading about it, ‘right, that’s interesting, we’re not shooting anything right now’. In the delay, we did shoot a day or two before all that, like December or something like that.

We shot the video game scene, which was a bit of fun. We just wanted a bit of humour in the movie so it wouldn’t feel so heavy because when you kill a whole bunch of people, when you destroy London, I mean… That was way before the delay. When the delay happened we literally didn’t shoot anything. We were full-on trying to get 3D and we spent ages. We had over 700 artists and 300 shots. Each shot we needed to make fifteen, twenty different versions. It was a gruelling marathon at all times.

I thought it was funny, it hurt – I was like ‘they don’t know and they’re making up all this stuff!’ Paramount’s rules were don’t say anything and let it ride, we’ll deal with it when we do. When the next trailer came out people were like ‘See they shot more stuff, he’s alive!’ I couldn’t say no he’s still dead because I wanted that to be a surprise too. It was funny just to see how people take it and run with it.

Well it’s good to have that cleared up because that was commonly spread as gospel online. Thanks for this Jon!

Also check out our interview with Storm Shadow himself – Byung-hun Lee. G.I. Joe Retaliation will be out in cinemas on the 28th of March. Our review will be up days earlier on March 25th. 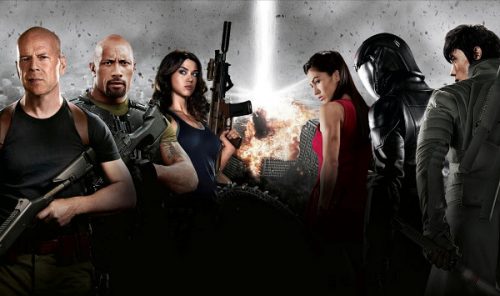