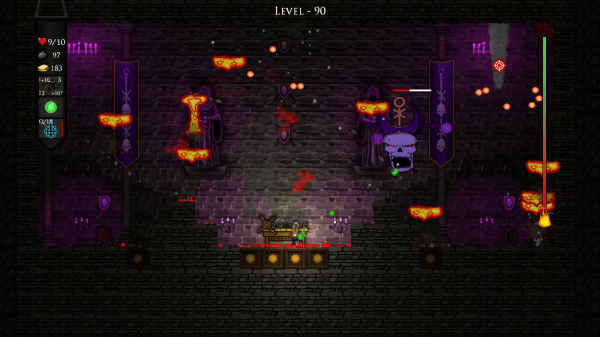 99 Levels to Hell is launching on GOG.com with a 20% discount on February 26th, 2013. The game has been soft launched on IndieCity and Desura. Desura is hosted a 25% off sale on the game until it is officially launched on GOG.com. The game is a 2d platformer shooter with rogue like elements. This means death is permanent in 99 Levels to Hell. And you will die. A lot. There are 100 levels to battle through, more than 25 monsters, ten different environment, ten bosses to defeat, and over fifty power ups and weapons to use. 99 Levels to Hell is regularly priced at $9.99 USD. Check out the officially site here and the launch trailer below. Vote for 99 Levels to Hell on Steam’s Greenlight here.