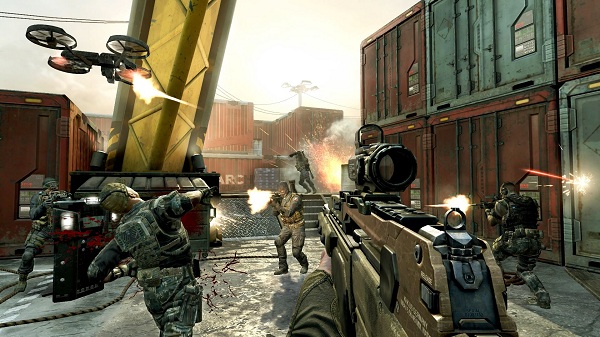 Today Activison has revealed that Call of Duty: Black Ops II will be getting a balancing patch very soon for the Xbox 360 and the PC and right now actually for PS3 users and while a number of things have been fixed up in patch 1.04, the most notable changes are the nerfs to two items in the game.

First all SMG weapons have been given higher levels of recoil when fired from the hip and reduced bullet penetration to reduce the complaints of their powerful close-combat capabilities. Secondly the UAV scorestreak will now require the player earn 425 points rather than the 350 points that were originally needed.

The rest of the patch notes can be seen below.

Call of Duty: Black Ops 2 confirmed for release on November 13

Call of Duty Is Really The Best Gaming Franchise Ever