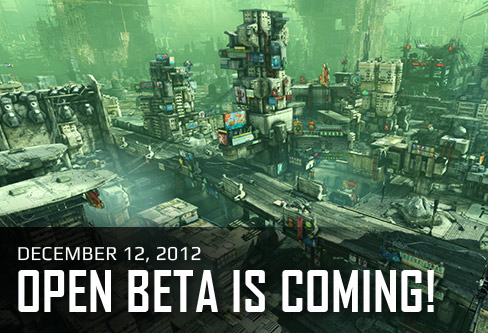 Upcoming Mecha shooter HAWKEN is launching its Open Beta campaign in less than two days. At the time of writing the game has one day and sixteen hours until launch. What’s important about this is that the team behind the game have stated that you should be able to grab the game client early to ensure you make the most out of the Open Beta period before launch. However, their site has yet to have any links to the launcher just yet.

The team has promised server locations in each of the main regions of the world, ensuring that players have the smoothest ping possible. These include: US West, US East, UK, Asia North, Asia South, and Oceania.

If you’re a player that was participating in the Closed Beta, you will find that you will have lost your progress within the game. This is unless you have obtained items from the Vanguard Initiative.

Be sure to check out the news posting here. See you all on the Battlefield 😀