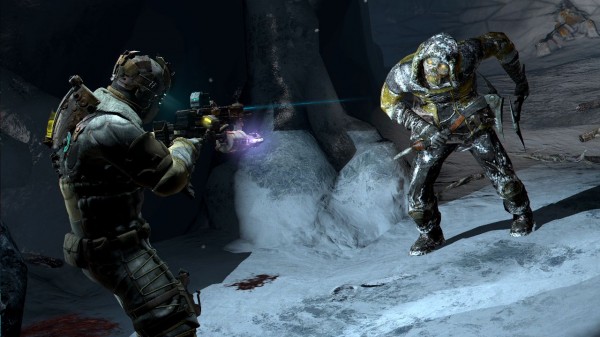 Even with Dead Space 3 set to be released on February 5th, EA still has some new features to show off and today a couple of new features were revealed. First it was revealed during by EA that the game will feature couch co-op where players can navigate through the frozen wasteland together with a friend and the second happens to be Kinect compatibility.

While playing the game players can say various commands such as “share ammo” and they will immediately provide their co-op partner with extra ammunition. There will be over a dozen different voice commands available as well as a few hidden commands as well. Alongside these reveals a new video demonstrating the game’s co-op can be seen below.