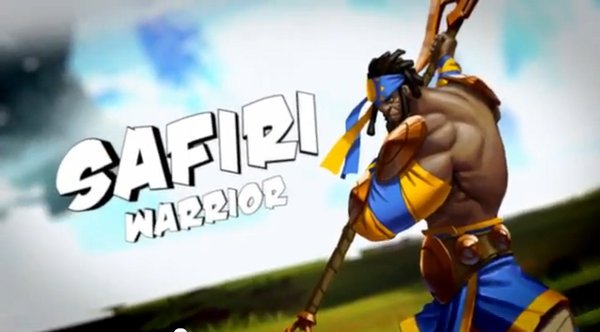 Sacred Citadel, the upcoming side-scrolling brawler, has four different playable classes, but the question is how to choose between them.  Well, in hopes of shedding some light on at least one of  the playable classes right now, Deep Silver and SouthEnd Interactive have released a short featurette on the Safiri Warrior.

The Safiri Warrior is toted to be the tank of the game, but even better than that the only class capable of using two-handed weapons.  Skills for the Warrior are important as there are a number of melee weapons for him to mix and match between his two hands.  Coming from the Safiri islands, the warrior was brought into the quest to stop the Ashen Empire by the religion of the Safiri people, who see it as their duty to aid the Ancarians in the fight.

Sacred Citadel is planned to come out sometime 2013 for Xbox Live Arcade, PSN, and PCTo see the character featurette and the Safiri Warrior in action for yourself check out the embedded video below.