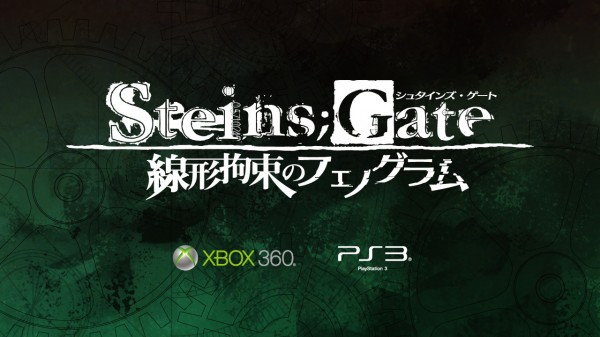 Today a new game in the Steins;Gate franchise was announced by 5pb. and Mages and will be available for purchase in Japan next year on the Xbox 360 and PlayStation 3. The game is being called Steins;Gate: Senkei Kousoku no Phenogram, or in English: Steins;Gate: Phenogram of Linear Restraint.

The title is being produced by Tatsuya Matsubara and Naotaka Hayashi is returning to be the scenario writer and chief manager for the game. Currently details about the game are unknown but when the game was announced a slide stating that “There are as many stories as laboratory members” was shown. Whether this means more side-stories or something else, is up to you. Until more information is released you can check out the game’s barebone official website here.