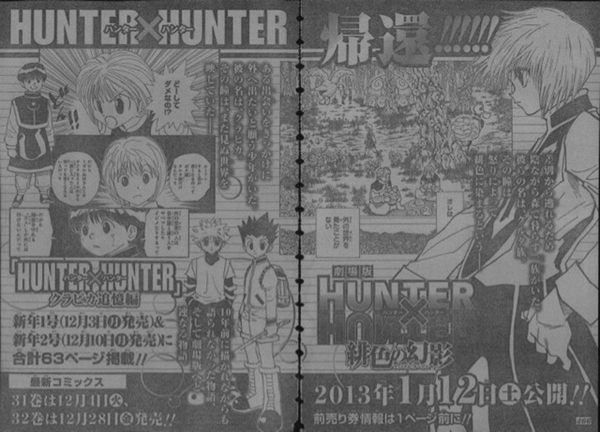 Shueisha has revealed that Hunter x Hunter will return for a two chapter side-story focusing on the past of popular character Kurapika, in particular the massacre the stole the lives of his entire clan.

The Hunter x Hunter movie is set to release in January, the same time in which volumes 31 and 32 are due to hit shelves. It has been heavily rumoured that the manga will continue where it left off around this time as well.

What do you think of Hunter x Hunter returning for a Kurapika side-story? Let us know in the comments section below.