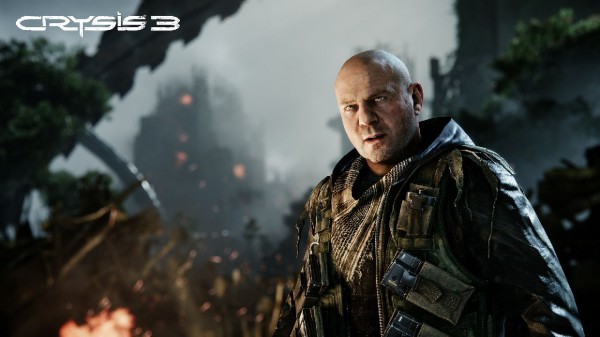 Fans of the Crysis series are sure to be happy with this latest trailer from upcoming futuristic shooter, Crysis 3. Within, it is actually revealed that Michael “Psycho” Sykes is still alive! Yes the aptly named character from the original Crysis game was thought to be dead after not appearing in the sequel; however this new video will set fans minds at ease. Thought to be a simple plot hole in the series, many will be eager to find out what exactly it is that “Psycho” has been up to. The trailer also shows off some more of the excellent gameplay Crysis is known for.

Running on CryEngine 3 and displaying some new alien weapons and unique environments of an overgrown New York City, this preview is sure to impress fans and even critics alike. By effectively combining tactics and efficient suit usage, players of the game will be able to come out on top no matter what sticky situation they find themselves in. With stunning visuals and intense moment-to-moment action, Crysis 3 is being developed by Crytek and is set for release in February 2013 on Playstation 3, Xbox 360 and PC.

Crysis 3 Not Coming to wiiU