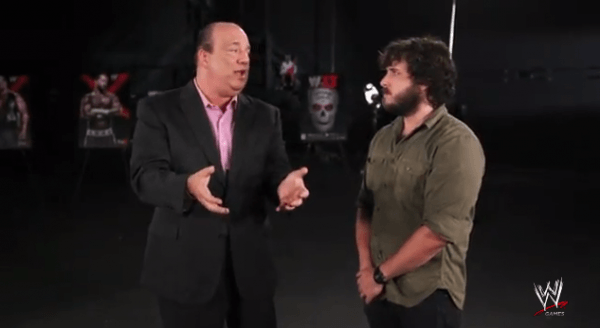 Earlier this week WWE Games posted an interview with the legendary mad genius behind ECW and current Voice of the Voice of the Voiceless, Paul Heyman. Over the course of the interview, Heyman spoke about ECW’s influences on the “Attitude Era,” his role as the “Creative Rabbi” of WWE ’13, his incomparable eye for talent and more.

Check out the WWE Games Community Exclusive video below, then be sure to follow WWE Games on Twitter and Facebook for all the latest on WWE ’13 – on sale October 30, 2012!