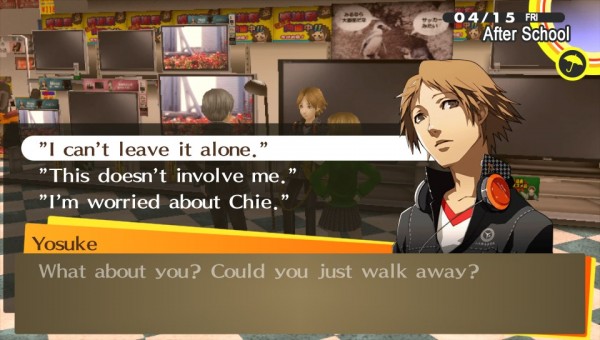 The latest screenshots to come out of Atlus for Persona 4 Golden follow the various choices that the player will be presented with while they make their way through the game. While some of these decisions could be quite serious, such as being concerned about Chie, there are also a number of humorous decisions as well such as poking Teddie or having your friends perform various things in a King’s Game.

The screens can be seen below and the game itself is currently set to be released on November 20th in North America exclusively on the PlayStation Vita and sometime in Spring for Europe, though it is worth noting NIS America is handling that release.