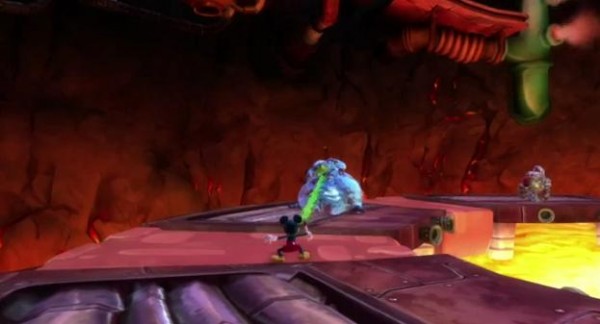 Recently, Epic Mickey 2: The Power of Two was announced as a Wii U launch title. Now if you remember, the first game was beautiful in concept, but a bit flawed in design. This time around a lot more attention has been placed in the gameplay section, and things have come together quite swimmingly.

In a new trailer released today by Disney, Warren Spector gives players a run down of the game itself, detailing how the paint thinner will work to build the environment around animation’s number one superstar. Yes, it looks charming, and you can check out the trailer below for a better look.