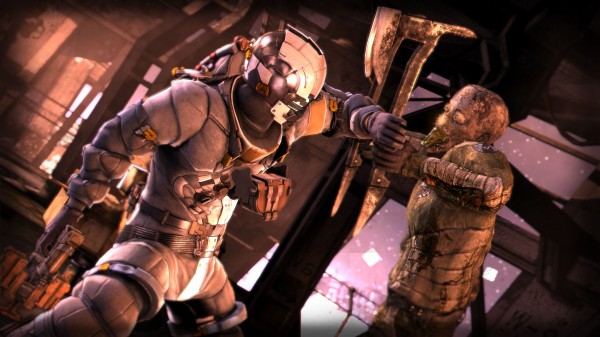 As many of you know, Dead Space 3 is set to be released sometime in February 13 and today EA revealed what type of bonuses will be included in the “Limited Edition” version of the game. In the short trailer below you will see both bonus sets in action as Isaac takes down various necromorphs.

The two bundles shown off in the video are “Witness the Truth” and “First Contact.” The Witness the Truth bundle includes a Witness suit that makes it easier to explore the frozen planet’s environment and the Evangelizer weapon which pulls double duty as a shotgun and also an assault rifle.

The First Contact pack includes a special First Contact Suit that allows for long-term space exposure, likely meaning a bigger oxygen tank, as well as a Negotiator weapon that is called a “Tesla-powered instrument.”

Dead Space 3 fans in a frenzy