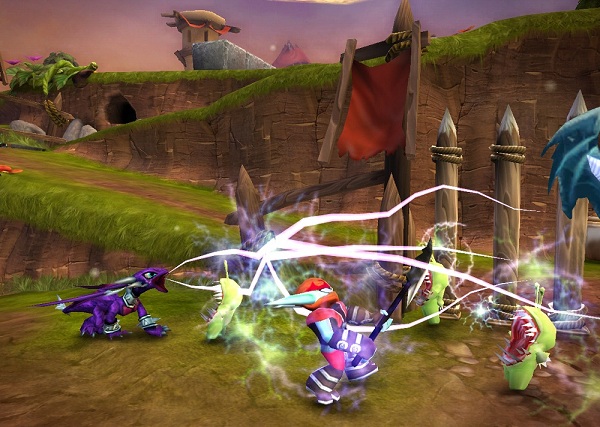 And so the Skylanders phenomenon continues as fans from around the world eagerly await the next installment of the franchise, Skylanders Giants, continuing on with the success of Spyros Adventures. The franchise was 2011’s #1 selling kids game and as well as holding many other accolades was the perfect example of how to really bring video games to life. Since the game was released, Bluemouth has had huge amounts of demand, especially for specific rare characters that have created their own underground black market amongst kids and traders alike, but also for the various different carry cases and accessories to transport their Skylanders to their next battlefield.

With the new game will come new accessories, all of which look pretty sweet and will perfectly compliment and house the old characters and accessories as well as the new. Skylanders Giants will feature a whole variety of new characters and challenges as well as a brand new storyline with advanced integration across the variety of platforms from console to mobile through to PC and online. Alongside the new game will see the introduction of 8 new characters, all with enough new abilities and upgrades to keep even the keenest Skylander fan on their toes.

“The Skylanders phenomenon appears to be showing no signs of slowing down, and the response to Skylanders products has been amazing,” said David Provan, director for Bluemouth Interactive.”Skylanders fans are clamouring for everything the franchise has to offer, and as the exclusive AU/NZ video game accessories distributor, our assortment of Skylanders cases, controllers and accessories enhance their experience.”

Here is a quick peek at the new Mini controllers being introduced for the Wii and Xbox 360 Consoles, perfect for little hands for Skylanders and all other kids games. 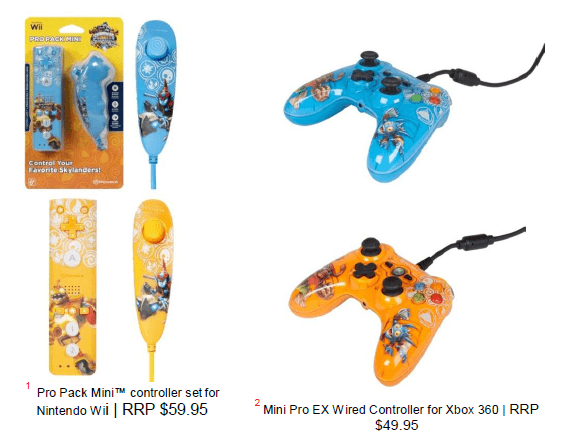