Konami have announced the Australian release date for Pro Evolution Soccer 2013 and it is not far away. PES 2013 will be available from September 20, beating out rival FIFA 13 by seven days (FIFA 13 will be released on September 27). These dates only concern the Playstation 3 and Xbox 360 versions of the game. The release dates for the PlayStation Portable, PlayStation 2, PC, Nintendo 3DS and Wii versions are coming soon, Konami has said.

For those who love limited editions, PES 2013 will utilise their UEFA license to bring out a limited UEFA Champions League steelbook edition , which includes a copy of PES 2013, a special DLC code to redeem UEFA Champions League Match Balls used in past competitions and other UEFA goodies (which you can see below). A special digital t-shirt for your Xbox Live Avatar or Playstation Home avatar will also be included. UK fans also get a second limited steelbook edition based on English powerhouse Manchester United. These steelbook editions will only be available for the Playstation 3 and Xbox 360. 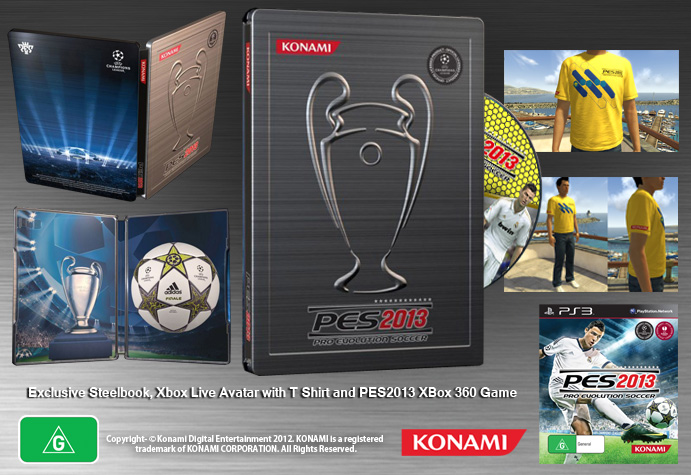 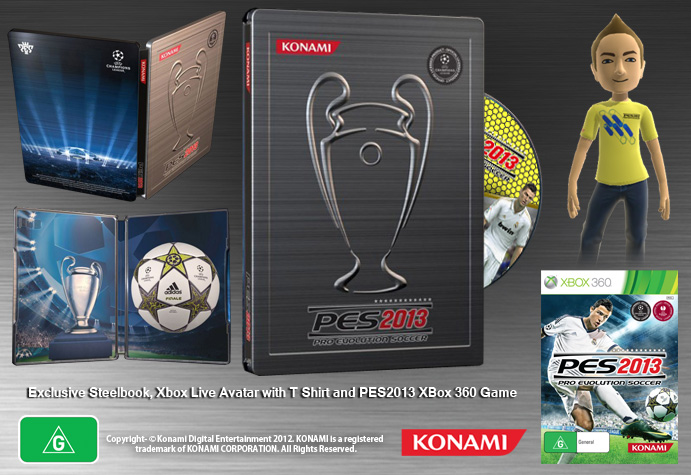