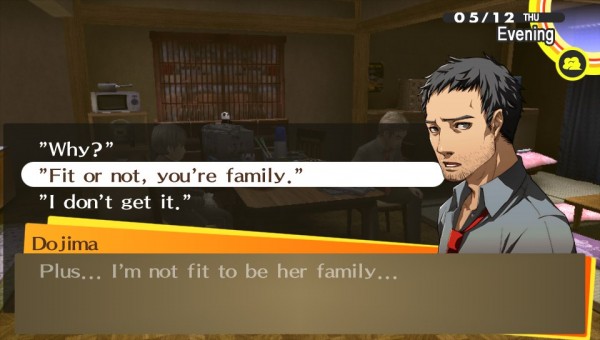 Today Atlus revealed a number of Persona 4 Golden screenshots which show off the Social Links system as well as how players will be able to gain higher attributes through finishing these social links. The screenshots can be seen below.

Persona 4 Golden will receive a large amount of new content such as a new social link, more events, new dungeons, new Personas and costumes and even some tweaks to the combat system. As for the game itself, Persona 4 Golden will hit stores in North America on November 20th while the PlayStation Vita exclusive will hit Europe in Spring 2013 courtesy of NIS America.