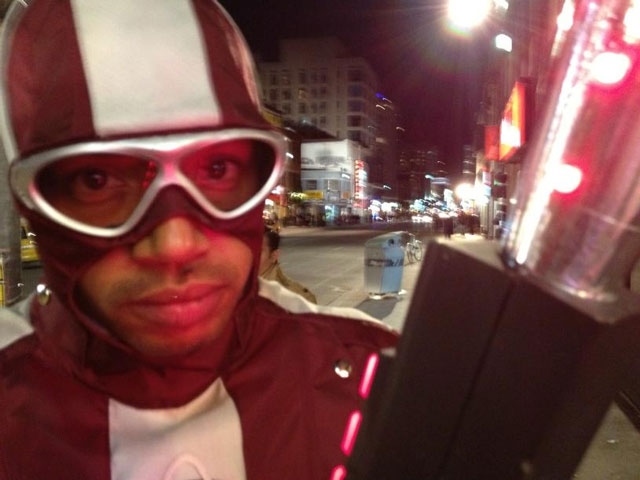 We have finally gotten some insight to how some of the new stars for the upcoming sequel to Kick-Ass actually look. As you can see down below, we have a lot of new characters joining the team along with the original super heros. Most notably, you can see Jim Carrey taking on the role as Colonel Stars. You also get the chance to see Lindy Booth as Night Bitch and Robert Emm as Insect Man. Also, if you look at the image above, you are able to see Donald Fasion as Doctor Gravity.