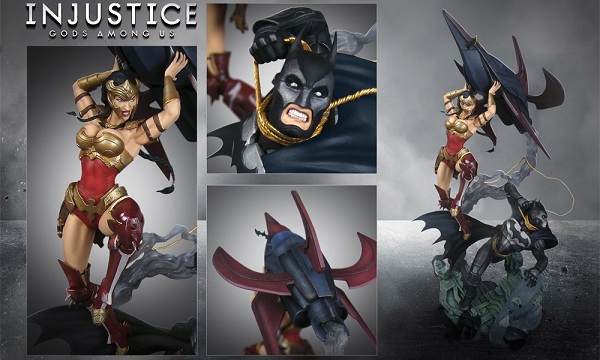 It has been announced that a collector’s edition of Injustice: Gods Among Us will be released alongside the standard edition in April. This version will cost $99.99 but will feature a rather impressive looking statue as you can see above. The statue is 13″ tall and features Batman, Wonder Woman as well as the Fortress of Solitude and the Last Son of Krypton’s escape ship.

While this would look absolutely excellent on anyone’s shelf, there are a few other additions as well such as a special collector’s edition of a brand new DC comic series, a digital download of the DC animated film Justice League: Doom, as well as some special skins for Batman, Superman and Wonder Woman from The New 52. These skins haven’t been revealed yet but until they are, gawk at the statue above and pull out your wallet.

Batgirl Joins the Fight in Injustice: Gods Among Us Today

Nightwing and Cyborg throw down in the latest Injustice: Gods Among Us trailer