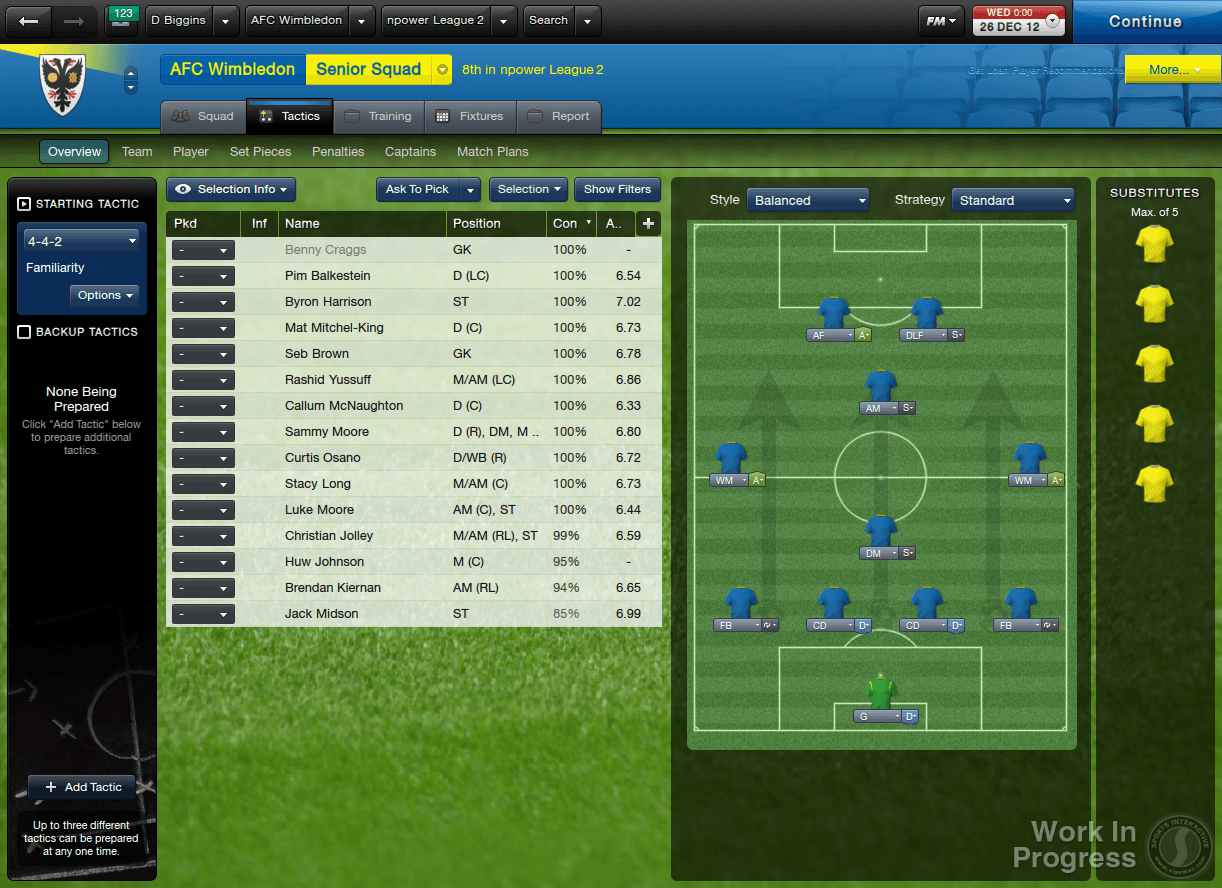 In the lead up to the launch of Football Manager 2013, developer of the franchise Sport Interactive’s Studio Director Miles Jacobson has been seen narrating a number of video blogs highlighting some of the titles newest improved additions, tweaks and features. In the newest episode, Miles answers many users wishes for a less complicated comparison system, which with the introduction of bright bars to indicate players statistics gives an immediate visual cue as to performance and abilities. Much more detail has also been given to the players individual role within the team with statistic now reflecting that players performance within that role as well as being able to compare 2 players abilities in a particular position. All of this combined with easy to read visuals has been done to give players more confidence and ease of use within the signing and buying decisions.

As well as being able to make more detailed and informed decisions about their playing squad, users can now for the first time ever in the franchise also easily compare staff to vastly improve team performance. Take a look at the trailer and get excited for a new season of Football Manager.

Take Football Manager 2014 On The Go With PS Vita