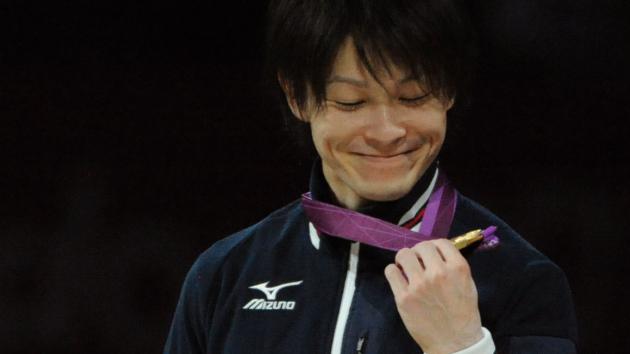 Well it looks like Konami is at it again. Kohei Uchimara who works for Konami Sports & Life Co. has just won the gold medal for the men’s individual all-around gymnastics at the London 2012 Olympics.

For those of you who do not know, Konami Sports & Life Co. is a  subsidiary of Konami that aims at “providing you an enjoyable and valuable time within your daily life through health and fitness,” according to message from the program’s representative director.

A post on the official site for Konami reads,

“Kohei Uchimura has won the gold medal in men’s individual all-around gymnastics at the London Olympic Games. Konami Sports & Life Co., Ltd. would like to congratulate Uchimura on this great accomplishment, and extend appreciation to his many supporters and fans. A total of 3 Konami employees were privileged with the honor of representing Japan in gymnastics for this year’s London Olympics. These athletes from the KONAMI Gymnastics Team were Koji Yamamuro, Yusuke Tanaka, and the aforementioned Kohei Uchimura. A great thanks to all fans of these gymnasts for your undying support. Konami will, as a JOC Partner, continue to aid in the further development and popularization of sports.”

As you can probably assume, this has brought great honor for Uchimara and he will likely be greeted greatly when he returns home to Japan.

London 2012 – The Official Video Game of the Olympic Games Announcement