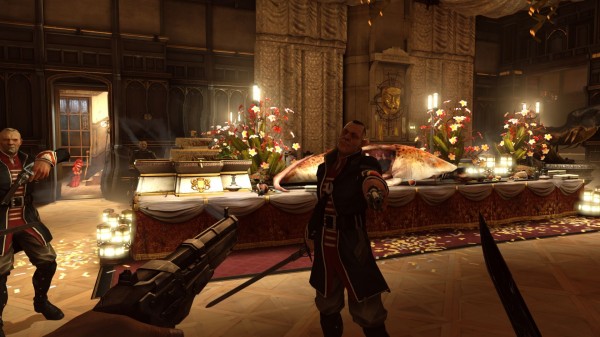 Sure you could go the simple route and simply backstab or shoot all of the enemies you come across in Arkane Studios’ Dishonored but where would the fun in that be? Today Bethesda released a new trailer for the game showing all of the fancy ways you can take out your enemies.

As you can see below, a large amount of these kills involve combining powers to create some rather awesome kills, like killing a man with his own bullet by slowing time and possession, or strapping an explosive to a summoned rat and sending it into a group of enemies. What makes this even better is the fact this is probably just the tip of the iceberg compared to all the crazy things people will come up with once the game is released on October 9th.