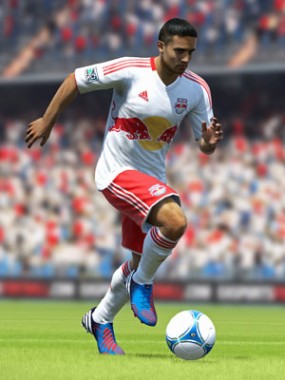 Tim Cahill of the New York Red Bulls of Major League Soccer and soccer superstar Lionel Messi of FC Barcelona of La Liga and Argentina national team fame will be sharing the cover for the upcoming FIFA 13 game. “I’m thrilled to be teaming up the FIFA franchise again this year. Seeing myself in the New York Red Bull’s kit on the pack of FIFA 13 is fantastic and the perfect excuse to set up a few games with the rest of the team in NYC,” said Cahill.