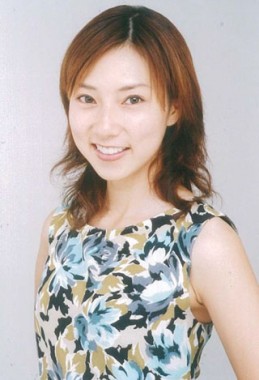 I got a chance to sit down with Yuko Miyamura a seiyuu, or voice actress, who you’ve probably heard at one point or another whether it’s her role as Chun Li in Street Fighter (Zero, Zero 2, II X, EX, Zero 3, and EX3), Asuka in Neon Genesis Evangelion, or the training video girl Battle Royale. As well as having a bevy of voice and screen acting titles to her name she also has singing credits, clearly she’s very talented vocally, but her career already speaks volumes about that.

CC: You have a really impressive range of work that you’ve done. Do you prefer voice acting, screen acting, or singing?

YM: I definitely prefer voice and screen acting over singing.

CC: Is there a particular role that you really enjoyed, and was there any reason that it stood out?

YM: I don’t have a specific favorite, but as for the roles that I’ve done for the longest, it would be my roles in Evangelion and Detective Conan

CC: Is there any kind of character that you’d like to play in the future?

YM: Anything and everything, I’m definitely not ruling anything out and I’d like to give everything out there a shot.

CC: Is there anything that you’ve done that you struggled with or found difficult?

YM: The original Evangelion TV series was probably the most difficult one that I’ve done in my career.

CC: Have you ever played any of the games that you’ve done voices for? If so, which ones?

YM: Yes, I’ve played Kingdom Hearts, which I was the voice of Larxene, Street Fighter in which I voiced Chun-Li and some of the Japanese Love Match games, such as Refrain Love.

CC: Do you have any upcoming projects that we can tell your fans about?

YM: Well there is the new Evangelian movie that is coming out, Evangelion: 3.0 You Can (Not) Redo. And I also have voice acting classes that I’m starting down in Melbourne where I live, in which I’ll be teaching people the ways of the seiyuu.

CC: Thank you very much for talking with us Yuko, and I wish you all the luck in the future!