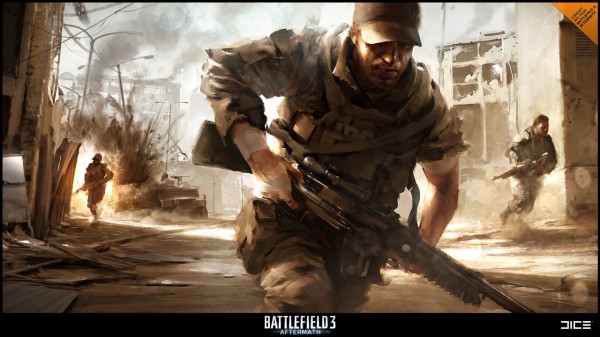 While we may have learned the existence of Battlefield 3’s Aftermath DLC a few months ago, very few details were revealed about what gamers can expect with this DLC. Today the company revealed a little more information, such as the fact that there will be four new maps that take place in a “post-earthquake Tehran.”

The map will include new vehicles, new gameplay modes, new assignments as well as achievements/trophies and of course dog tags. Apparently there will also be new weapons of some sort for the Battlefield 3: Aftermath DLC however what these weapons are or what the game mode are have not been revealed quite yet.