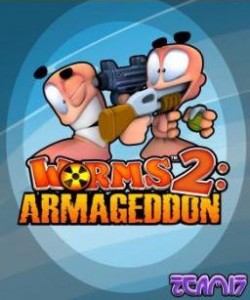 My mum doesn’t really play video games, but we managed to get her into Words With Friends. A large part of the appeal for her was the ability to play a word, go do something else, and check back later to see if the opponent has had their turn. Gaming didn’t take up a big part of her day, and this system fit itself nicely into her schedule.

This is asynchronous play, as developers have termed it, and it allows games to be played in increments. Team 17 have now adapted Worms, their flagship turn-based game, to include the system.

In the latest free update to Worms 2: Armageddon on iOS, asynchronous play means you no longer need to wait for your slow opponents to have a turn. Simply make your move, put it away and check back when you have time. And why play only one game at once? The update allows you to be slaughtering enemy worms in up to sixteen games simultaneously. This is in addition to playing in the regular Worms fashion, via Bluetooth, Wi-Fi or passing around a single device.

It might not sound like much, but asynchronous play is a fundamental shift in the flow of the game, and is apparently one of the most requested features among fans.