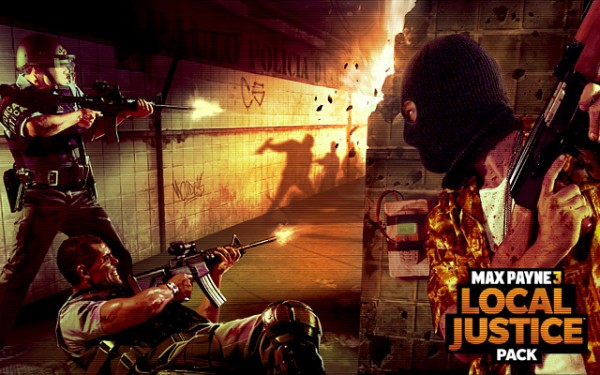 Some new Max Payne 3 DLC will be arriving on the PlayStation 3 and Xbox 360 on July 3rd and July 17th for PC users. Rockstar revealed that the DLC pack is going to be called the “Local Justice Pack” and it will add a number of new maps tot he game’s multiplayer modes, a new M4 Assault Rifle as well as the São Paulo Police faction.

The company originally meant to release this DLC in early June so to make up for the delay they are releasing the DLC for only 480 MSP ($6) for the first week, while anyone who wants to pick the DLC up after the first week will have to pay 640 MSP($8). Now it is also worth noting that the pack is still free for those who purchased the Rockstar Pass.