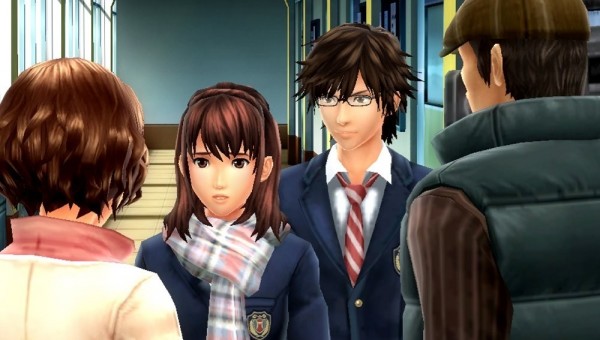 Whenever Time Travelers was promoted through screenshots or trailers, the game footage was always from the Nintendo 3DS version. For those who was looking forward to the Playstation Vita version, Level-5 have decided to release screenshots from that version of the game. It is nice to see the Playstation Vita version of the game. Then again, the reason the 3DS was heavily used is because the game was a 3DS exclusive until last year. All versions will see a release on July 12.

In addition to the screenshots, an official soundtrack to the game has been announced, with publishing duties falling into the hands of Noisycroak. The 3 CD set will be available on August 8 at a price of ¥3,500. In total, the soundtrack will feature 68 songs. The soundtrack has an official site up and running.