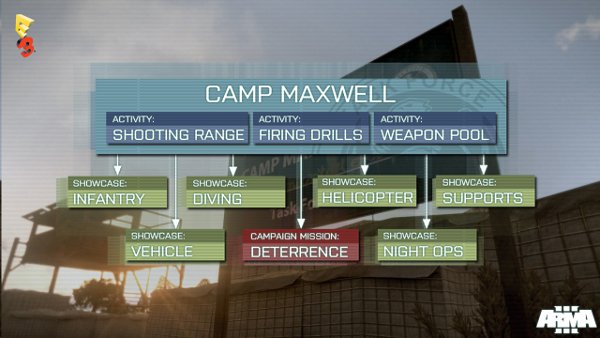 Bohemia Interacive is bringing two games to E3 2012, with the alpha build of Arma 3 and the near complete Carrier Command: Gaea Mission.  For the Arma 3 presentation, which there’s a sneak peek of below, there will be showcases of plenty of different aspects the more interesting of which being diving, helicopters, and night ops.  In addition, there will be some of the campaign through the mission “Deterrence” and players eager to get hands on the game can get more information on the Community Alpha, which is planned.

As for Carrier Command: Gaea Mission, the main presentation will be the campaign and it’s story surrounding the struggle between the Asian Pacific Alliance and the United Earth Coalition on the planetoid of Taurus.  The game, which will allow players to take control of any of the units at any time, is set for release on September 27th for both Windows PC and Xbox 360, but so far the only player intereaction has been through the strategy mode available through the beta.