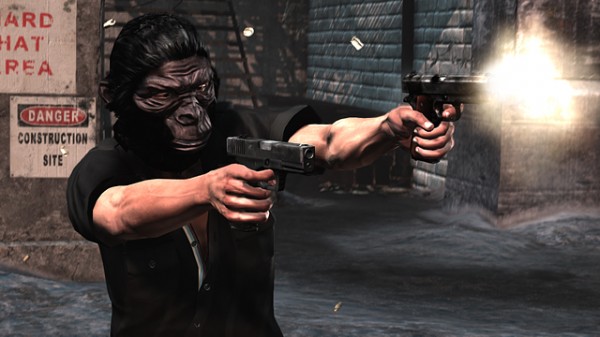 If, for whatever reason, you find yourself a little bit bored with Max Payne 3’s multiplayer mode already then perhaps you would be interested to know that there is already a free DLC pack on the PlayStation Network and Xbox Live Marketplace for the game. The free DLC is called “Gorilla Warfare” and focuses around added multiplayer bonuses.

The pack contains a gorilla mask which allows players to get extra adrenaline for any melee kills from behind, a booby trap which allows players to blow up their dead body if it is looted and a lucky coin which gives the player extra stuff when they do loot a body. As I said before the add on is currently free to all, even those who went for the Rockstar Pass which offers any and all DLC released in the future at a one time cost of $30.