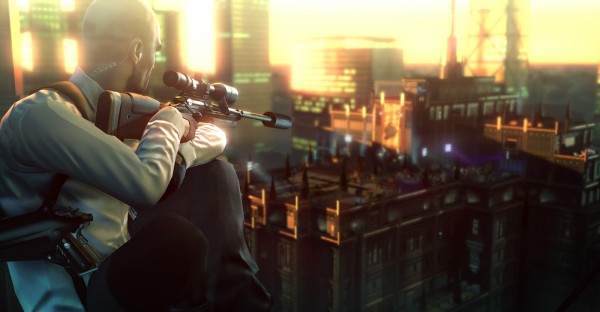 Whenever a gamer goes to their favorite video game retailer to put some money down on a pre-order for an upcoming game they usually do so because there is some sort of bonus involved. Unfortunately nearly all of these pre-order bonuses are something simple such as an extra weapon that is barely stronger than your starting weapon, an extra character skin or if you are very lucky, perhaps something material such as a poster or a t-shirt.

However Square Enix and IO Interactive are taking a different approach when it comes to rewarding fans who pre-order their game. Rather than offer a simple weapon code or special in-game item they have chosen to give anyone who pre-orders Hitman: Absolution a code that will allow them to play the stand-alone experience that is the Hitman: Sniper Challenge. So what can fans of the Hitman series expect when they go to the store and pre-order the game?

Agent 47 has been tasked with taking out a target who is attending a lavish party on the top of a Chicago skyscraper. Players are given a brief mission description from Agent 47’s handler, Diana Burnwood. Your target is the head of a major arms manufacturer and your client also wants as many of his bodyguards killed as possible. Rather than sneaking through the party however, players are stationed on a rooftop nearby and must use their special sniper rifle (which is then unlocked for use in the main game) to take them out.

Simply taking out your main target as soon as he appears and allowing all of his guards to escape is a perfectly fine way to complete the sniper challenge, but where is the fun in that? Also choosing this method may also reward you with a much lower score than you would receive if you choose to bide your time and pick your targets better. The whole goal of Hitman: Sniper Challenge is to get the highest score possible and there are a number of factors which play into your score.

As you assassinate guards and the main target you accumulate points depending on how you killed them. For example, a headshot on a moving target will reward more points than a body shot on an idle target. Choosing your timing is also essential to achieve the maximum score, as players are also rewarded for “hidden bodies” where players can snipe targets so that they fall off the side of the building or sink into a fountain. If players can manage to keep their kills undetected they can even receive the special Silent Assassin rating which will boost their score immensely. Also added to your score is how long it took you to finish your mission, the amount of bullets you have left and also whether or not you killed any civilians. 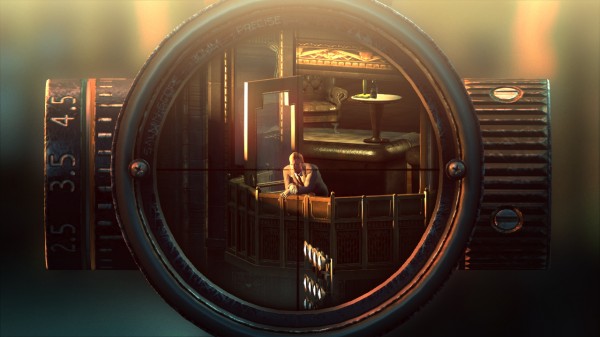 Boosting your score can be done in a number of other ways as well. Besides taking out your target there are a number of other challenges that are littered throughout the stage. Once the player finishes any challenge they will unlock a permanent score multiplier which is essential for reaching the pinnacle of the leaderboards. These challenges can be anything from killing an enemy a special way, such as shooting a guard into an open elevator shaft (which you had to open by the way), finding a bonus target elsewhere on the map or even shooting various “collectibles” sprinkled across the rooftops.

As you raise your total score you will also unlock a number of rewards which carry over to the main game such as controlled breathing, faster reload, more bullets in your clip or faster shooting. All of these bonuses also help you take out your targets more efficiently as well. As players replay the stage multiple times they will likely find themselves very satisfied with the sniping mechanics, as they learn to lead moving targets and gently squeeze the trigger to slow time down (when controlled breathing is unlocked) to line up a perfect headshot.

The Hitman: Sniper Challenge is a unique pre-order offering in a world where pre-order bonuses have become mundane. Not only does it offer a small slice of gameplay from a game which still isn’t set to be released for over four months but it also offers players a chance to compete with their friends to see who the best sniper assassin among them is. With a number of bonuses which carry over to the main game and a chance to step into the shoes of Agent 47 months early, fans of the series can find no better reason to pre-order the game than the Hitman: Sniper Challenge. 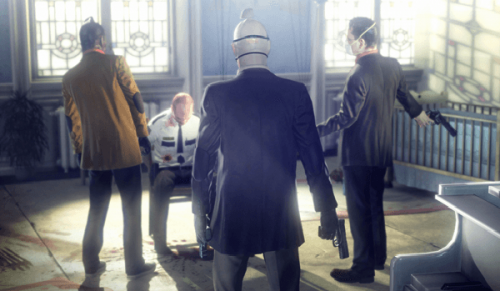