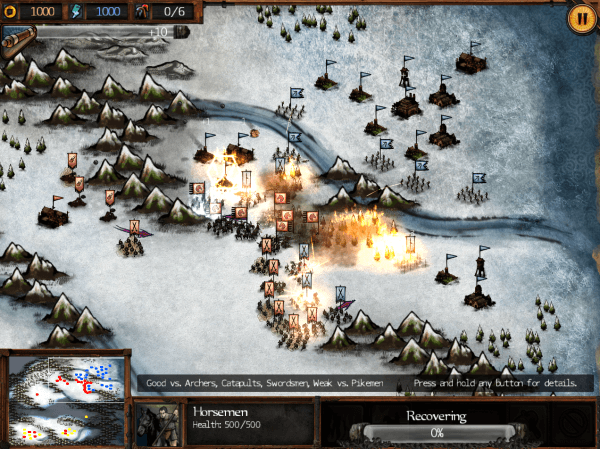 Chinese paintings is an iconic form of art in Chinese culture. Developers Bulkypix have captured this style in their upcoming iPad real time strategy game Autumn Dynasty. The Autumn Empire has seen peace for generations. But recently the nobility has become weak and corrupt. A rebellion brews in the Empire, tearing the nation apart in civil war. Now, players must seek to conquer the enemy and reunite the Autumn Empire under one banner. Build your empire and lead your troops into battle with your paint brush as the beautiful maps are painted in the style of oriental art. Bulkypix has promised Retina compatibility, a full fledged campaign mode, and multiplayer support via Wi-Fi and Bluetooth. Voice chat will be supported in multiplayer to boot. No release date has been announced beyond “coming soon”.