When developers release a 17 gigabyte, critically acclaimed game for PC, the general reaction isn’t usually to start working on another ten gigabytes of game content to be released for the sweet, sweet price of absolutely zero dollars.

But that’s exactly what CDProjekt, the developers of The Witcher 2, have done with their “Enhanced Edition” of the original game, and you can preload the massive update right now at The Witcher‘s official site. The update will then go live on April 17th, at the same time as the game’s official release on Xbox 360.

The Enhanced Edition will feature four hours of new game content, a plethora of new cinematics, and new endings that will add to the cliffhanging conclusion of the game’s original release. On top of that, all the game’s previous updates, such as the addition of a Dark Mode difficulty setting and an Arena, will be included in the Enhanced Edition. 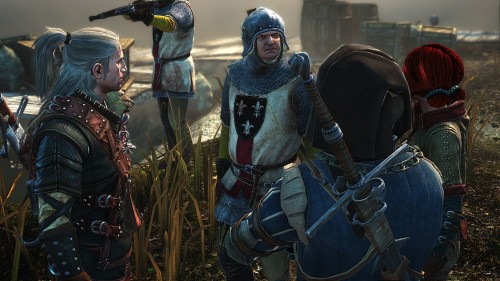 The Witcher 2 Trailer is Worth 52… and a Half