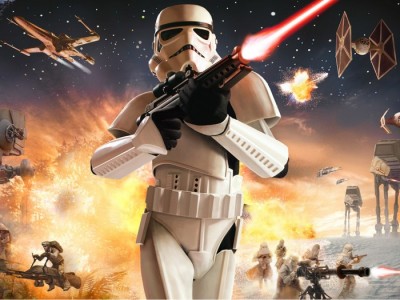 The canned Free Radical version of Battlefront has long been mourned by gamers.  Down below, you can see a video of what could have been if they had been allowed to finish the game:  Seamless air to ground (and vice-versa) combat, melee options and huge maps.  Unforgivably, we’ll never get to play it.

Nevertheless, it seems inconceivable that Lucas Arts would abandon the franchise. It was, after all, one of the best selling Star Wars games ever.  Plus, recent rumors indicate it is still alive. Lets hope so.

What would you like to see in the next Battlefront? Let us know in the comments.