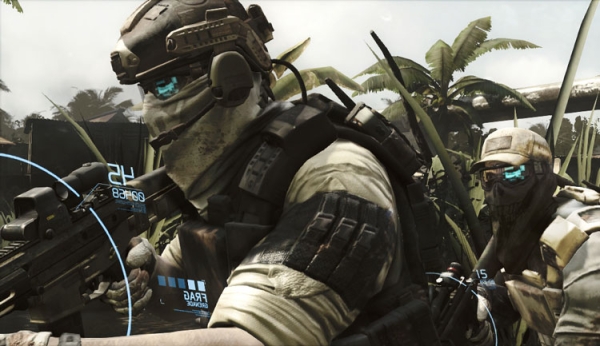 Ghost Recon: Future Soldier’s closed beta has revealed a strong contender for 2012’s game of the year. Ghost Recon: Future Soldier is a third person tactical shooter that emphasizes teamwork and smart tactical decisions. The game boasts a highly customizable firearms system that is a gun nuts dream, cutting edge gadgets that could be seen in the battlefield in the near future, tight game play, and strong graphics.

The closed beta features two multiplayer modes and two maps. First gameplay mode is Conflict which sets players on random objectives scattered across the maps for team points and in game rewards like EMP blasts to disable enemy electronics and HUDs. Saboteur mode is American football with bombs. A bomb is set in the middle of the map as teams race to carry, plant, and detonate the bomb on the enemy base. Although Saboteur mode is pretty generic shooter fare, Conflict mode is the real star of the show. Random objectives with random spawn points keep things fresh. Additionally this prevents teams from camping a certain area to dominate the game. Teams are forced to be mobile and flexible, capable of switching from a defending a point one moment and assaulting another point the next. To further change things up, high value targets are assigned once in a while, requiring teams to defend one of their own members.

The two maps available in the beta are Pipeline and Mill. Pipeline is a desert map in the midst of an oil refinery featuring close to mid-range combat. Plenty of exploding barrels are scattered through the level, so choose your cover wisely. Mill takes place in a forested area cut in half by a river that runs through the map. There are two bridges and a lumber mill that joins the two halves together. There are plenty of mid to long range combat with long open corridors for snipers to dominate on Mill. The two playable on the beta are well designed for the most part.

Pipeline has two very distinct sections. The wider section mixes close quarter combat with lots of cover to hide behind with a two storey building at each end of the area for snipers to pick off those unfortunate to poke their head out of cover for too long. The other side of the map is a long street that provides an avenue for flanking the enemy in the larger zone, if players are willing to run through the deadly gauntlet that is a hot zone for sniping. Pipeline’s only weakness is the Russian spawn. Two long bridges connect the Russian spawn, making it very easy to lock down the enemy spawn and force the Russians to spawn in their alternate position. The Ghost spawn is blessed with more cover and shorter distances to the main combat areas. Pipeline is the right mix of intense close quarter combat and medium range engagements that will guarantee it to be Ghost Recon: Future Soldier’s most popular map. 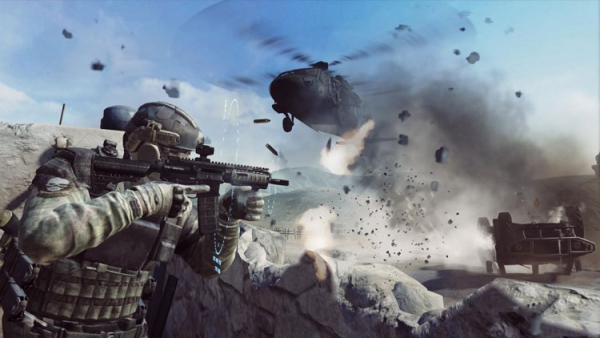 Mill is a stronger but lesser played map. The map focuses on longer ranged engagements with broken up by several built up areas that favours intense close range combat in the middle areas. Mill has several long and clear areas that quickly become dominated by snipers, but there are plenty of routes that provide flanking opportunities to a smart team. The team who is able to take control over the built up areas will be able to position their snipers to pin the opposition into their spawn. But considering the map size, this will require an impressive feat of teamwork. Ubisoft chose two great maps to show off Ghost Recon Future Soldier that will easily become popular choices when the game hits shelves.

Each class has special characteristics, grenades, and equipment that is exclusive to his class. Each class has two branches that players can specialize in. The Rifleman class is capable of suppressing enemies with his Light Machine Gun and has improved armour, increasing survivability by lowering damage taken to the chest. His equipment revolves around keeping his teammate supplied and healthy while his grenades are direct action weapons, either allowing him to deal damage to multiple enemies hidden behind cover. The Engineer class supports his team by providing them with vital intel or uses the intel himself to get the jump on his enemies in devastating close range combat with short ranged and highly maneuverable Personal Defense Rifles or shotguns. He has a special scope detector that can provide warning when enemies are scoped in and aiming at him. The Engineer’s grenades provide intel for his team or provide false intel for his enemies. His equipment shares the same theme, jamming and detecting enemies from afar. The engineers final unlock options will allow players to choose between a defensive sentry that will fire upon enemies to protect a position or a UCAV that is a small remote controlled aerial drone that can rain explosive and EMP missiles on the enemy. The final class is the Scout who is able to become invisible with a special cloak after being still for a short period of time. Although small movements such as peeking out from behind cover and aiming down the sights will not decloak him, making large movements or firing his weapon will reveal the Scout to the enemy. The Scout can deal with enemies from afar with sniper rifles or become a highly mobile ambusher armed with fast firing sub machine guns. He carries flashbang grenades along with the smoke and EMP grenades available to all classes. The Scout’s equipment provides cover to his vulnerable flank while sniping or improves his optical camouflage. Although only three classes are available, each class has several sets of unlocks where players will need to make a decision between two items. After a character class hits level 50, an extra slot unlocks, allowing players to have two separate equipment builds for each character. Additionally, as players level each character up, a limited amount of respect tokens will be provide, making decisions reversible at a cost. 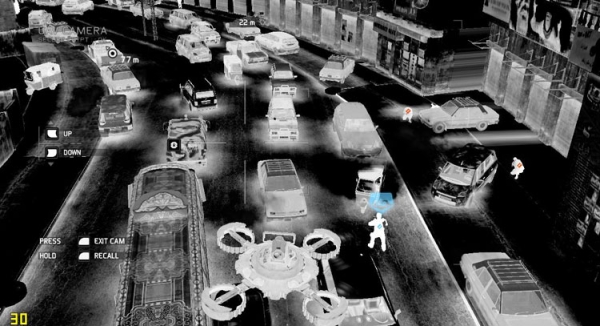 I found the classes in Ghost Recon Future Soldier to be well balanced and unique. Every play style will find a class or two that will be comfortable to them. The unlock system managed to make each class different enough that making choices that suit player’s play styles will provide benefits without pigeon holing the class build to one role exclusively. The unique grenades, equipment, and skills encourage a balance amongst teams. A team full of snipers will inevitably miss out on important intel Engineers are able to provide and the damage soaking potential of Riflemen. However, a sniper can effectively keep enemies pinned down like a Rifleman firing on the enemy with a light machine gun using the suppression effect. I liked the usage of a limited amount of Respec Tokens as it encourages players to think hard about the type of character they are building while being forgiving to errors and second thoughts. Personally I found in combat potential, the Engineer was the weakest as the Engineer has the smallest amount of options for long range combat. However, Ubisoft smartly balanced this by providing Engineers with the most valuable ability to a team and some of the coolest gadgets in the game. It pays to take one for the team! Overall, I was really impressed by Ghost Recon’s deceptively simple approach to classes.