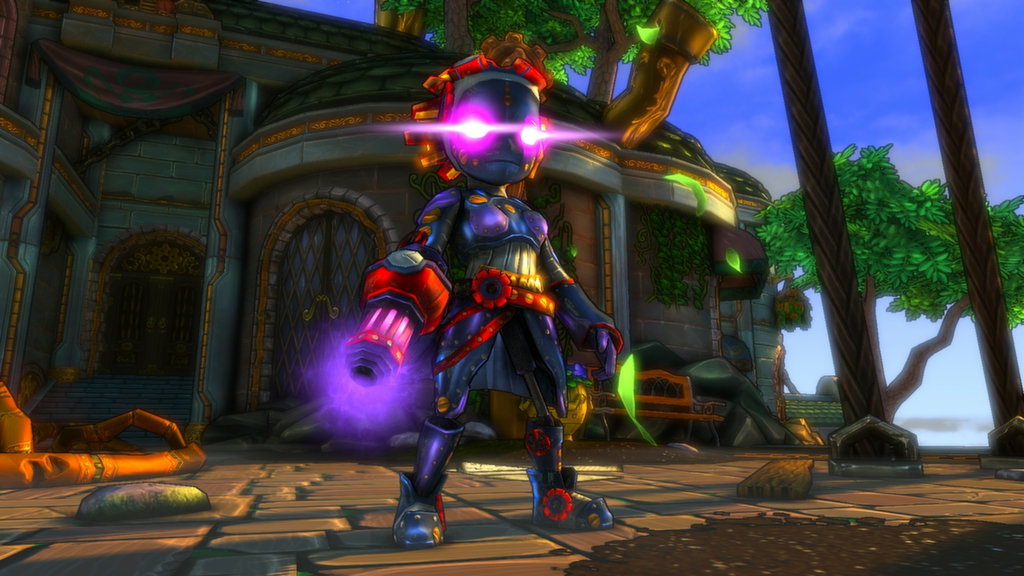 Trendy Entertainment has just released a new downloadable hero for Dungeon Defenders on Steam. The new hero class is a manifestation of metallurgy that comes to life in the defense for the Eternia Crystals. Created by a master mechanic of Sky City, Series EV has the ability to unleash powerful electronic beams that will decimate incoming threats.

Series EV may wish to become human, but her defenses far outreach any normal means of destruction. Here is the list of her capable defense structures:

In addition, Series EV can use two learned abilities that will provide equal devastation. The first skill is called “Holographic Decoy” and can be used to lure opponents to a target location. Upon reaching the decoy, the initial pursuer will take surmountable damage as well as surrounding foes. I can imagine this would be a devious trick set up near a ledge! 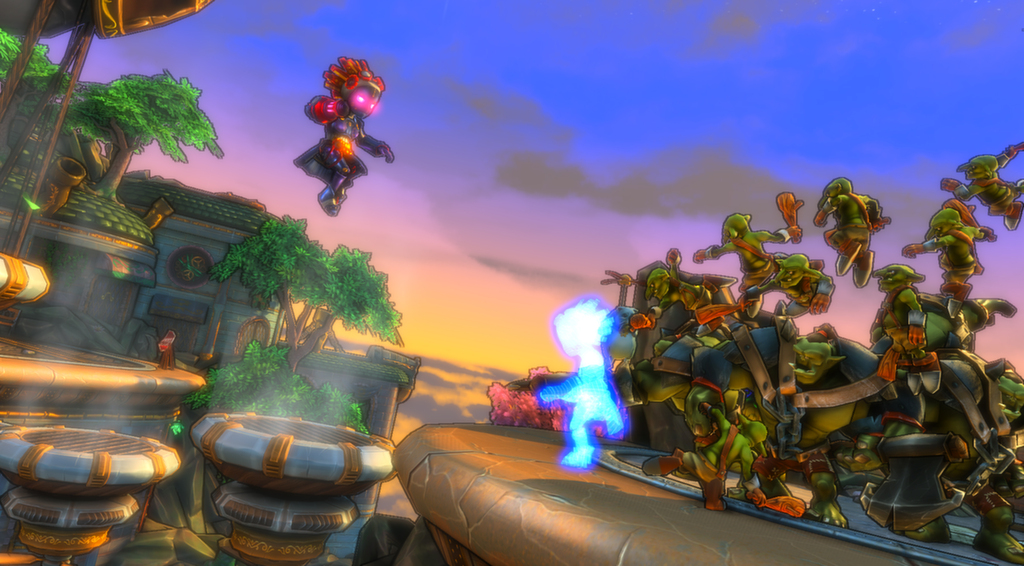 Her next ability can absorb mana in the immediate environment and store that power in her Assimilable Range Cannon. As increasing amounts of mana is stored, Series EV will be able to increase the range and duration of her Proton Charge Blast.

This newly created class DLC is only available on Steam and requires the original game to play. Additionally, there is a sale until April 5 for gamers to gain this hero for 25% off. Series EV can be yours today by clicking (here). Check out the trailer below for more information.