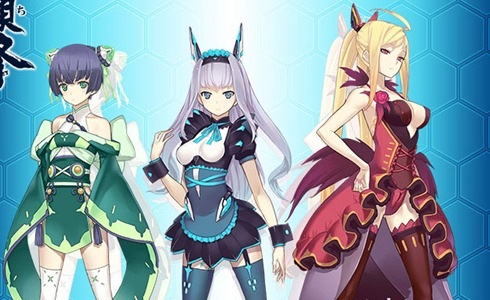 Cave has revealed what the name of their next Dodonpachi game will be. Titled Dodonpachi Saidaioujou, the game will be released to Japanese arcades on April 20th with a possible console release later on. It is worth noting that Cave recently self-released Deathsmiles 2X onto Games on Demand for the Xbox 360, so the chance of a Western release is quite high. To coincide with this announcement they released the below trailer which shows off different features of this title.

One new addition to the Dodonpachi franchise is a “Dress System” which allows players to dress up the three female characters seen above with different outfits that affect their abilities. Anyone recognize the character design of these girls? Perhaps from a certain Ar Tonelico series?

DoDonPachi Maximum for the Windows Phone