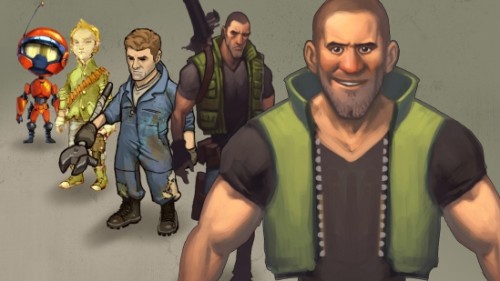 Following the impressive release on Xbox 360 and PlayStation 3, the PC version of Shoot Many Robots has just been given a solid release date. This 2D shooter platformer will be released as a digital download purchase on the Steam platform on 6 April 2012.

The PC version will support an impressive resolution of 2560×1600 and a blistering frame rate of 60 fps. The game will also feature PC optimised controls and menu interface, and will be fully integrated with Steam matching, Facebook matchmaking, Steam achievements, and integrated voice chat. Gamers who pre-order the game through Steam will get some cool bonuses.

“We’re dedicated PC gamers here at Demiurge Studios, and we wanted to make sure and take the time to do the PC version right,” said Albert Reed, CEO. “We rebuilt the controls for PC and overhauled all the user interface so it won’t feel like you’ve turned your keyboard into a gamepad that makes clicky sounds – every detail has been considered to make this an optimised and seamless experience.”

See how Shoot Many Robots’ Stunning Visuals were Made