Risen 2: Dark Waters is an action RPG sequel to Risen, a game which was banned in Australia due to “sexual activity and drug use related to incentives or rewards”. Deep Silver and Piranha Bytes are nonetheless back for another round, and if the preview build of the game is anything to go by, nothing’s changed! Players take control of the nameless main character from the first game, who despite having saved an island from a giant titan in Risen, has ended up a disillusioned alcoholic: turns out there were several other titans out there who managed to trash the rest of the world while he was busy…woops.

With the old world completely destroyed by the titans (even starting stronghold Caldera is surrounded by apocalyptic flames), everyone is seeking a new place to live, but is having a bit of trouble with a giant beastie in the ocean – a kraken. When called to help the survivors of a ship wrecked by the monster, the hero (from now on referred to as Jim-lad, because I can) finds an old companion washed up on the beach. Patty is the daughter of pirate supremo Silverbeard, and with a little shove from the Inquisition, Jim-lad is off with Patty to track him down and discover the secret to defeating the kraken. As it turns out, there’s a nifty little weapon that could not only take down the great sea monster, but the ring leader of all the titans- Mara. Unfortunately the Titan Spear is in the hands of another pirate, one who has betrayed his brethren to side with Mara.

Jim-lad and co must fight and persuade their way through jungles full of hostile wild life, less than happy natives, and towns full of Inquisition goons who would like nothing better than to wipe pirates off the map.

The preview build that I got my hands on is based on the beta version of the game, with the full title expected to release at the end of April this year on PS3, Xbox 360 and PC. Throughout I was playing the PC version, controlled with mouse and keyboard. 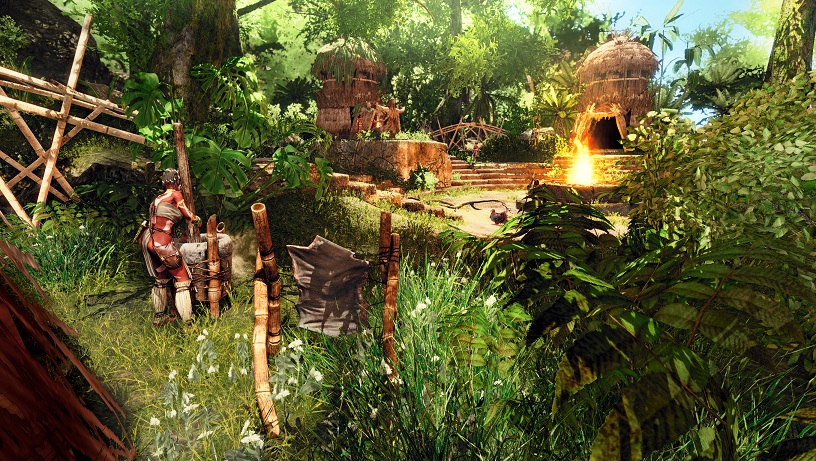 A Pirate’s Life For Me…

The first thing to note about Risen 2 is the way it handles its RPG elements. Your character is set in his physical appearance, and is fully voiced. Customisation fiends need not fear however as along the way you can customise Jim-lad with different clothing and a variety of suitably piratical headgear. Along with the weaponry which covers swords and guns and throwing weapons, clothing has different stats that give additional bonuses to Jim-lad’s skills and abilities.

These cover five areas: cunning, toughness, voodoo, swordplay and gunplay. Levelling up is accomplished by gaining glory points – killing wild animals, exploring the islands and completing quests all add to your total, which you can then spend on upgrading your skills. Higher skill rankings open up the opportunity to learn more talents, which can be bought from the plethora of teachers that make up the NPC’s. An imprisoned pirate will pass on his knowledge of stealing (perhaps not the soundest advice), and that lovely lady in a tavern will help you improve your um, silver tongue. But new skills do not come cheap! Risen 2 puts you firmly in pirate shoes, making you obsess over every scrap of gold that comes your way, reluctant to give it up for anything! Ever had too much money in an RPG and had nothing to spend it on? Well that certainly won’t bug you here. Should you buy a pistol so you can start shooting things? Or a pick axe to mine some gold? What about learning to pickpocket to steal back a pirate’s black pearl and complete a quest? But you need that money for a stake in a drinking contest to win a treasure map! Arrrr! 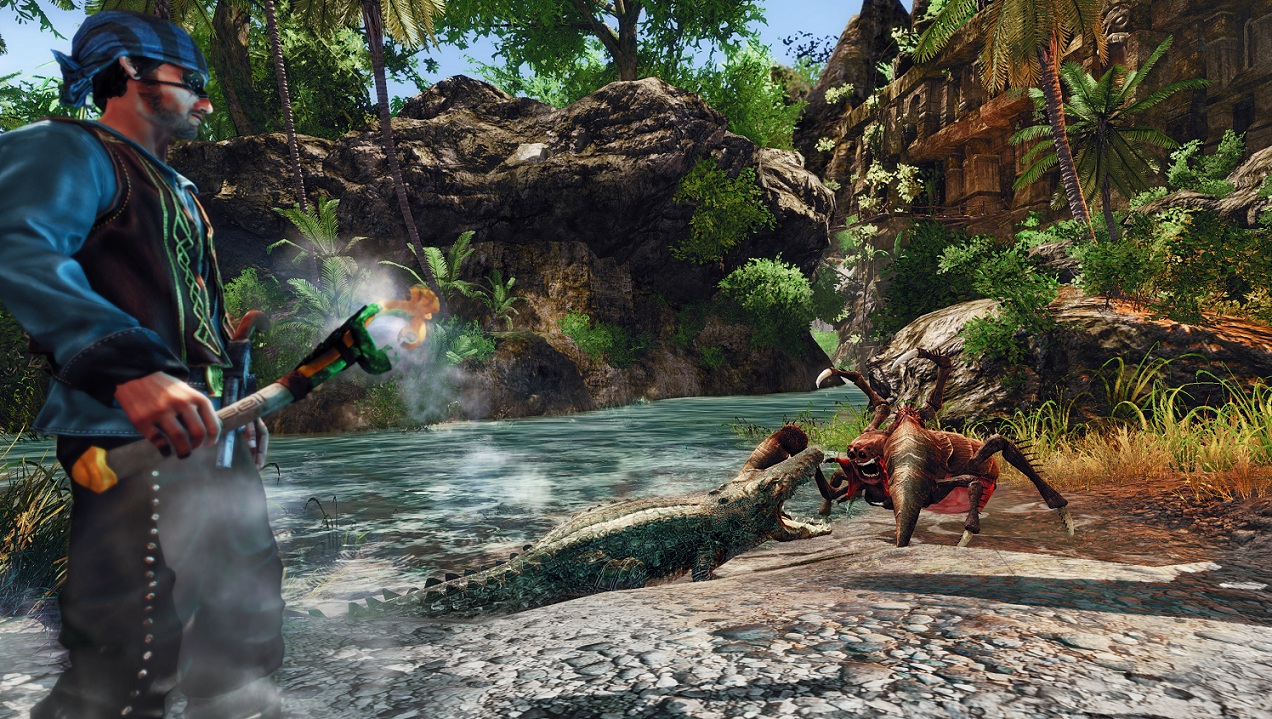 Risen 2 forces you to explore, to track down treasure and do everything that you can. Side quests and exploring are motivated by greed and the need to progress skills, so there’s always a reason to go wandering off down a beach in the hope of finding some treasure or extraordinarily hostile wildlife. Stealing too can net you valuable coin, but the NPC’s know their pirates, and will keep an eye on you if you wander into their property. Sneaking or waiting until night falls do wonders for your chances, and reading other people’s books can often reveal new quests.

One thing to emphasise about Risen 2 is that you don’t have the ability to do everything from the beginning. You can’t just pick a lock or pickpocket without having first paid to learn the skill, so depending on what you invest your glory points in and how you spend your gold, it will probably take a while to get to the point where nothing in the game outsmarts you. Certainly learning talents isn’t the end of it, as chests and the like will vary in their level of difficulty and may still be out of reach until later in the game. Character progression in Risen 2 feels important and like a genuine achievement – there’s no careless levelling up here.

Risen 2 certainly demands a lot of thought from the player in comparison to other Western RPG’s: you’ve got to think ahead when spending glory points and gold, and there are no magic trails to objectives or hand holding tutorials. This may be off putting to some but to me it’s a refreshing change. Having to delve back into quest dialogue to figure out your next move makes you feel much more connected to the character and the world than following an arrow on a map. Indeed Risen puts you firmly in it’s lead characters shoes. Not only will you greedily horde gold and take every opportunity to make some moolah, but you’ll treasure rum and grog as well.