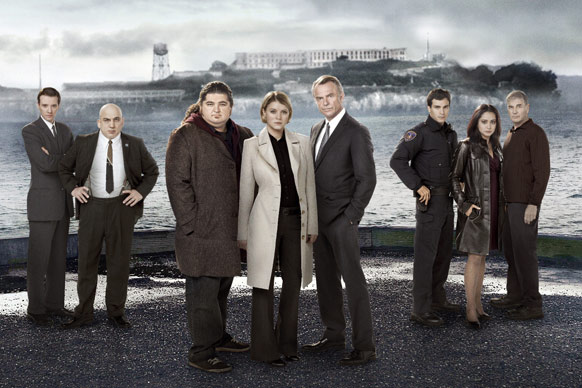 March 21, 1963, three hundred inmates and forty guards vanish from Alcatraz prison. Fifty years later and the inmates begin reappearing and carrying out violent murders while a special task force trys to hunt them down.

‘Alcatraz’ is a new series produced by ‘Lost’s J.J. Abrams airing on Channel 9 on Monday nights at 8:30 pm from 13th February. If the involvement of TV great Abrams isn’t enough to capture your interest, the cast certainly will. Starring Sam Neill, Jorge Garcia and Sarah Jones in the primary roles, ‘Alcatraz’ is shaping up to be one of the best new shows on Australian TV.

This show promises to hook you right from the start, drawing viewers back week after week as the mystery of the Alcatraz prison is, in true ‘Lost’ fashion, deepened rather than explained. Even in the first episode more questions are asked than answered.

Not only will fans of ‘Lost’ and ‘Fringe’ enjoy ‘Alcatraz’, but anyone who likes good crime procedurals as well.