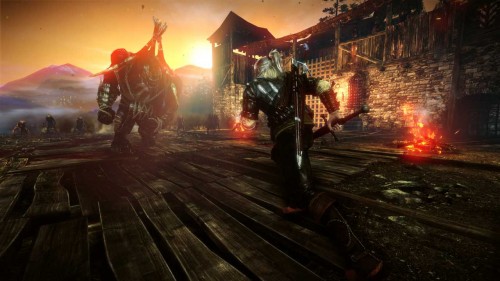 While many of us have heard great things about The Witcher 2, plenty of people lack an adequate computer to join Geralt on his amazing journey but the announcement of an Xbox 360 port of the title last year filled many of us with hope. Now it may have taken some time but today Warner Bros. has officially set a launch date for CD Projekt Red’s The Witcher 2: Assassins of Kings.

Fans can expect to see the title showing up on store shelves on April 17 and will also include a number of bonus content that was not available on the PC version. Also those who are curious about all of the free DLC that was released for the PC version, The Witcher 2 Xbox 360 port will have all that DLC already included on disc.